I do a 20 mile bike ride every day. I do it for 2 reasons. One is to maintain my good health (for which I am ever grateful to God) and the other is because I love doing it. I am an avid bicycle rider.


As I make my way to the bike path near my house I pass a variety of people that live in my very mixed ethnic neighborhood. Which includes a lot of Muslims. It never ceases to amaze me when I pass a woman wearing a Burka. Especially if it includes the Niqab, a veil that covers up the entire face except for a slit at eye level so that she can see where she is going.

I always wonder how these women take ID photos. Do they remove the veil for the picture? Because if they don’t that photo would be useless as a means of identification. But even if they do remove it for the picture, when an ID photo is requested for a variety of security or other reasons, do those women remove the veil for a moment so their face can be matched to the photo? I never had the Chutzpah to ask them this question directly. But I have seen many Muslim women with veils covering their faces while driving. Obliviously they must have drivers licenses which contain a photo ID.

Be that as it may, the constitution guarantees freedom of religion to all. And since the veil is a religious requirement, these women should have the right to insist upon wearing it at all times.

How far do we go with this freedom? Do we sacrifice security in order to protect that constitutional right? Or is there enough of a public compelling interest to deny this religious right to a Muslim? I don’t know. But my guess is that Muslim women would insist on that right since this excessive from of modesty is one of the ways in which they believe they are serving God. They will claim that government has no right to deny that to them.

This raises the question of how far do we as Jews go with Tznius (modesty). I limit the term to manner of dress as it applies to women – since that is the area that has been the subject of so much controversy in recent years. Using this definition, if the idea of covering up the female body is the essence of Tznius, should we not make sure that as much of the female body is covered up as possible? Including the face?

The obvious answer is that they are not more religious. Tznius is defined by communal standards as much as anything else. In Judaism we also have tradition to rely on.(There’s that ‘nasty’ word again according to those who wish to do away with it). We need not be ‘Frummer’ than our mothers and grandmothers, none of whom covered their faces. No matter what segment of Judaism they were from: Chasidic or Yeshivish and certainly not Modern Orthodox.

Does that mean the Judaism is less modest than Islam? No. We simply do not see the face as an immodest part of the body. So that if a Jewish woman tries to emulate the Muslim form of modesty, it is a negation of our own faith and an insult to our fore-mothers. Those few religious women that have chosen to follow the Muslim version of Tznius are contradicting tradition no less than Open Orthdoxy contradicts it with some of the things they do.

It isn’t only dress that is the issue. It is in the way women have in general been pushed out of the public square and segregated from men in more right wing circles. Which those to their immediate left look to emulate so that they will not be outdone and seen as less Frum.

But society does not stand still. It evolves and societal standards of Tznius evolve right along with it.So what was not considered modest in ancient times will be considered quite modest in our time.

In ancient times women were rarely seen in the street. On those rare occasion where they were, it was quite a provocative sight. Men were not used to it. And that may have generated improper impulses in them. So separating the sexes was a natural form of protecting ourselves from that. When a man is not used to seeing a woman at all there is a different response to her than is the case where women are seen in public all the time. As is the case today.

This fact of human nature affected how we deal with Tznius today. Men and women in America today are in constant contact with each other, in the street, in the store, at work or at leisure. Men do not therefore react to women they see now they way they did in ancient times. Certainly not in western culture.

But there are some among us that believe that ancient standards should still apply. They wish to separate the sexes the same way they did then. Or even worse. To that end they have increased the stringencies in manner of dress. Making them far more extreme than necessary. It isn’t only manner of dress. Men and women are separated as much as possible in functions like weddings and banquets. Pictures of women are banned in their publications.

This even though these very same men have absolutely no problem working with women in the workplace; or shopping in the same store with them. There are pictures of women in all manner of dress and undress all over the place in the public square in America. But when it comes to a picture of even the most modestly dressed women in one of their magazines, the feeling is that it is too enticing for male readers lest it become a Michshol for them.

One might ask, ‘But still, why not go all the way with Tznius?’ I would go even farther and ask then why not even copy Muslim women? What’s the downside to extra Tznius? I think Rabbi Marc Angel put it best in a recent republication of a 2011 article of his entitled, Modesty—or a Desecration of Torah?

Who pays the price for such a warped worldview? Girls and women! Because of men’s supposed weaknesses, females are made to wear ridiculous clothes so as to hide themselves from view. Because men and women are deemed to be unable to relate to each other except in a sexually improper way, barriers are made to separate men and women so that they have as few opportunities as possible to speak with each other as fellow human beings. Women are victims of this philosophy–but so are men. It reduces all humans to sexual objects, unable to conduct themselves with properiety, decency and morality. It creates an artificial society that can only be sustained by building ever-more and ever-higher barriers between the genders.
This philosophy is grotesque and abhorrent. Seeing pictures of Jewish girls wearing Muslim clothes draped over their heads and faces is painful. It is a negation of the Torah values which have characterized the Jewish people since antiquity.

We need to recognize that this extreme garb did not just suddenly spring up. It is a result of the ever-increasing stringencies introduced by hareidi Orthodoxy, and increasingly accepted among the rest of Orthodoxy.  If we do not stand up against these tendencies to isolate the genders, then don’t be surprised if these tendencies continue to become entrenched within Orthodoxy. Don’t be surprised if more of our girls and women start dressing like Muslim females.

Chief of Staff’s Mom: I Wish He Had Been a Rabbi 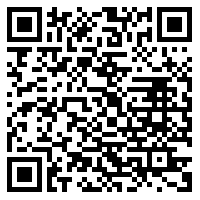