Rav Aharon Leib Steinman is – by virtually all accounts – a saintly man. He has lived a life of pure Torah with only the barest of physical necessities of life. He has proven himself time and again as a fighter for Torah and Emes. He fears no man. His loyalties are to God and the Jewish people. I say this to assure my reading public that what I am about to say should in no way be interpreted as disrespect.  I honor him now as I always have. And I will  not tolerate any disrespect to this venerable rabbinic elder. Nonetheless it pains me to hear some of his recent statements.

I was first made aware of one such statement a couple of weeks ago. It was made in a post on a Hebrew language website called Ladaat. They reported of the pain he felt about the severe reduction of funding for Avreichim in Israel. He mentioned this to a few Talmidei Chachamim who urged him to give encouragement to Avreichim suffering from these reductions.

I can’t verify the veracity of what was reported on this website – but it tell’s us that Rav Steinman responded as follows: What encouragement can he give to those who continue studying in Kollel when they have no food on the table?! He then cursed the government saying it should end up in smoke… and its memory obliterated! “They want to burn the Torah!” he said.

This was apparently followed by a number of similarly expressed sentiments as recently as last Thursday. I believe he is mistaken that the intent of the government  is to burn the Torah. But… I get it. Rav Steinman believes it. His concern for the suffering of Avreichim is therefore easy to understand. From the perspective of the Charedi Yeshiva world – welfare cuts like the reduction in child subsidy allowances are a catastrophe. By governmental fiat – their flock is suddenly starving!

As the poorest segment of Jewry in Israel – combined with having the largest  families, they are the ones who are hardest hit. Their families depended on that money just to put food on the table. And now, suddenly, much of it is gone. He truly (but mistakenly in my view) believes that the new government led by the likes of Yair Lapid are out to destroy the Torah. How cruel this must seem.

But the cruelty is not the fault of the government. It is the fault of a system that is too heavily invested in government largess.  It is not the function of a government welfare program to support those who voluntarily choose not to work – even if it for the noble reason of full time Torah study. Welfare is supposed to be a safety net designed to serve those who through no fault of their own could not find work. Or those who are disabled.

Now it is certainly true that there is a legitimate method of supporting Torah scholars. It is known as the Yissachar-Zevulun relationship. This is a noble enterprise that is derived from Torah. The Posuk in V’Zos HaBracha (Devorim 33:18) which we read on Simchas Torah says the following: Semach Zevulun B’Tzeisecha, V’Yissachar B’Ohalecha – Rejoice O’ Zevulun in your going out, and Yissachar in your tents.

In no way does this translate to mean that a Jewish government in Israel must support every Charedi Jew with a large family who chooses not to work and study Torah instead. The Yissachar-Zevulun partnership is a sort of voluntary business deal worked out between the 2 tribes. As Rashi explains –  Zevulun in effect is ‘buying a share’ of Yissachar’s Torah study.

In our world today, the Yissachars are the Talmidei Chachamim who study Torah full time. And those who contribute to their sustenance are the Zevuluns. In order for this arrangement to work – not everyone can be a Yissachar. Some of us have to be a Zevulun.

The Israeli government is not Zevulun. They are the government of all the people of Israel and they have a responsibility to everyone… not just one faction. And yet they still have seen fit to fund the Charedi Yissachars very generously for many decades.

Nevertheless, the Charedi world has never seen the government in a positive light and condemns it frequently.  I do not recall too many expressions of gratitude. Although I did hear expressions of gratitude by a few Charedi Roshei Yeshiva from time to time – compared to the negative rhetoric one usually hears the occasional praise hardly makes a dent in their negative attitudes. Rhetoric like telling people to pray for the utter destruction of its current government is just another example of that.

It would be far more productive if – instead of making these kinds of condemnations – these rabbinic leaders would thank them for what they do get… and then start doing something about this poverty so that it no longer has to rely so heavily on others. Like beginning to train the majority of Charedim to earn a decent living as part of their educational system.

Yes we must have Yissachars. Let the best and brightest stay in the Yeshivos. And they should be supported by the Zevuluns – those who have productive careers. It should be a willing partnership between brothers – the way it was meant to be. Government welfare should be reserved for the truly needy who are unable to work for – whatever reason. Not because they chose not to work.

If the current system of welfare would be maintained as it was before the cuts – the continued exponential growth of the Charedi world that urges all of its males to stay in learning as long as possible without any formal training towards a career would eventually bankrupt the government. It does not take rocket science to realize that Israel’s exponential growth of Charedim on welfare will ‘break the bank’.

A national economy cannot function when there are more takers (welfare recipients) than givers (Tax-payers). That is the direction Israel’s economy is going. The government cannot just keep printing money and give it to a growing Charedi population that is unwilling to support itself. Because if it did, it will cause a spiraling inflation the likes of which haven’t been seen since the hyper-inflation of the Weimar Republic in Germany. And we all know what that led to.

I know it’s hard. And I don’t blame Charedi rabbinic leaders for feeling angry. Change is difficult. The pain; the hunger; the suffering… is all real. But in the end the Charedi world will emerge much stronger and far better off for suffering through it.

The Age Of Disrespect

Antisemitism is Back in Style – The Jay Shapiro Show [audio] 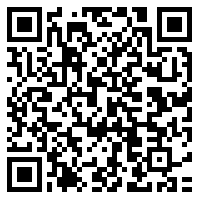