In retaliation for the shooting on Sep. 22 of an Israeli soldier, Sgt. Gabriel Koby, 20, while patrolling in Hebron, killed by a sniper with a shot to the neck, the Government of Israel has allowed the immediate resettlement of Beit Hamachpela (“House of the Patriarchs”) a three-story apartment building in that city near the Cave of the Patriarchs and close to where Koby was shot.

(Hebron’s Jewish community had purchased most of the building in March 2012 but its members were expelled from it by the Israeli government a few days later on the grounds that they lacked a residential permit. They subsequently won a lawsuit permitting them to return but did not have authorization to do so.)

Prime Minister Benjamin Netanyahu commented that “Whoever tries to uproot us from the city of our forefathers will achieve the opposite. We will continue to fight terrorism and hit the terrorists with one hand, and we will continue to strengthen the settlement enterprise with the other hand.” Economy Minister Naftali Bennett noted that “We know how to build and settle. Not to kill. This would be the appropriate Zionist answer [to the violence].”

(1) As someone who has long argued for a more robust Israeli response to unprovoked violence, this decision strikes me as very appropriate. It signals the Palestinians that killing Israelis marches them exactly backwards. Next time, the Israeli response should be even more robust; as Aaron Lerner suggests, that could mean the settlement of a new neighborhood. This message would quickly get through and violence would abate.

(2) The Palestinian Authority did not condemn this attack, nor another one a day earlier, when an Israeli soldier, Tomer Hazan, also 20, was lured to his death in the West Bank, pointing again to the PA’s completely unsuitability as a “peace partner” for Israel. The farcical negotiations sponsored by John Kerry and overseen by Martin Indyk should be suspended until Mahmoud Abbas makes a convincing apology and takes steps to insure that such misbehavior is never repeated. (September 23, 2013) 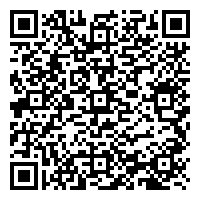