One of the most striking things about the book Hush by Judy Brown – aside from it’s primary message about how her Hasidic community in Brooklyn’s Boro Park deals with sex abuse – is how they deal with the subject of sex altogether. (Her recent article dealing with her naivete about experiencing her own puberty is also quite illustrative of her community’s attitude).

Her descriptions about when and how she found out about the sex act were both humorous and sad at the same time. As I recall it, for young girls in her type of Hasidus (although she did not identify them, I believe that it is Ger) sex is a completely taboo subject. There is no mention of it at all until a young woman is ready to get married. I assume the same holds true for young men. Until then it is treated as a taboo subject never to be discussed in polite – or any company.

Those who dare to bring up questions about are probably just told to hush up!The explanation is very clinical and explained entirely as a matter of procreation. The main character in that book found it all shocking.

I am not making any value judgments here. Nor am I going to go into the Halachic aspects of sexual relationships other than to say that although the primary purpose is procreation that is not the only purpose. The sexual relationship between a husband and wife is of paramount importance to a successful marriage. As long as it is done in a marital context and taharas hamishpacha – hilchos nidah (family purity – laws of menstruation) is observed Judaism looks with favor upon a healthy sexual relationship.

Several years ago, Rabbi Shmuley Boteach wrote a book called Kosher Sex. I did not read it. But I assume it was written with this idea in mind… advocating a healthy sex life for married couples. Rabbi Boteach was severely criticized for this – mostly by his own Lubavitch community. I assume he went too far in his descriptions of the sexual act. Or maybe they just felt that this subject ought not be published in a book… that it should instead be done discreetly in hasan (groom) classes or kallah (bride) classes. I don’t know.

Rabbi Boteach had already been on the outs for other reasons in Lubavitch when his book was published. Although still he claims to be a loyal follower of Habad and has written many positive pieces about them – this book kind of sealed his fate as a Pariah to them.

I bring all this up because there has been a new book published on this subject entitled Getting Closer. The author is an Orthodox Jew – Rabbi Daniel Schonbuch. He is a marital and family therapist in the Crown Heights section of Brooklyn. I assume he is Lubavitcher Chasid too, just like Rabbi Boteach. But unlike Rabbi Boteach it seems he is quite accepted in their circles.

Rabbi Schonbuch was recently interviewed in the Forward about sexual dysfunction in the Orthodox community. The artilce opened with some interesting statistics:

Sexual dysfunctions within relationships are more common than ever today, with an estimated 40% of women and 30% of men suffering from sexual dysfunctions, according to a new study from the Robert Wood Johnson Medical school.

One of the things Rabbi Shonbuch points out about sexual dysfunction is the following:

It’s important to note there’s nothing different about the Orthodox community. Rather, it’s not always spoken about, so they just need more information about it.

Sexual dysfunction can take various forms for both men and women. If those statistics are right, it is a much bigger problem that I ever thought.

I have to wonder if this is in part due to the taboo nature of the very subject of sex. There is no sex education in religious schools. Although today there are classes given to young men and women (usually separate) who are about to get married.

When I was a young man, these kinds of classes were all about Halacha. Intimacy was never discussed and considered a private matter. Today I’m told that these issues are discussed in hassan and kallah classes in some Orthodox circles. To what extent I don’t know. This is a good thing and ought to be encouraged in all segments of Orthodoxy. But if Judy Brown’s experience is still true – I suspect that sexual dysfunction might just be a big issue there.

I found the interview in quite informative. After reading it, I wondered just how different the various segments of Orthodoxy treat sexual intimacy? How does each segment’s attitudes about sex impact on its members marriages? Is one approach superior to others? Are there any comparative studies? I think this is an important issue… one that ought to result in a universal Orthodox approach that will best contribute towards healthy sexual relationship and ultimately to a successful marriage. 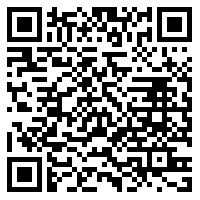