When it comes to the mayoral candidates’ stances on the controversial Jewish circumcision practice known as metzitzah b’peh, Rev. Erick Salgado and City Comptroller John Liu pledged to outright abolish the city’s regulation of the practice, The Forward reported.

“For thousands of years, this has been a practice that has been observed by people,” Liu said. “As with most procedures, some risk is inherent. But I would certainly defer to the rabbis on this, as opposed to thinking that, well, we know better after thousands of years of this practice.”

The metzitzah, translated as suction, is one of the steps involved in the circumcision rite, and is intended to renew blood flaw in the traumatized organ. But in recent years several babies became sick and at least two died, and it has been strongly suggested that the culprits in those cases were ritual circumcisers suffering from herpes simplex – and the NY City Dept. of Health is seeking to curb the practice, if not through legislation then through education.

In a meeting with an Orthodox Jewish crowd in Brooklyn that was posted online in March, Democratic candidate Bill Thompson was told by one of the attendees that any mayoral candidate who didn’t take a stand against regulation of MBP would be a candidate for whom people wouldn’t feel comfortable voting. In response, Thompson said, “The government needs to respect the religious beliefs of people.”

Thompson added that he had heard there was no discussion between members of the Orthodox Jewish community and the city, and that he would be “absolutely willing to sit down and talk” about balancing safety and religious practice.

Another Democratic candidate, Erick Salgado, in a speech to the Rabbinical Alliance of America, called MBP “a practice that was commanded by God,” one that had been practiced “since God told Abraham to do so.”

Republican mayoral hopeful Joe Lhota, was reportedly quoted by The Forward as a supporter of the regulation. Based on a video taken by Photo Journalist Shimon Gifter, the Forward concluded that Mr. Lhota’s assessment that the signed consent forms was “a reasonable approach” to tell parents what the risks are, was an expression of supporting the regulation.

However, in a phone conversation with this reporter, Mr. Lhota claimed The Forward took his words out of context. Pointing to the video, in which he says he is opposed to the government regulation or banning religious practices or tradition. Mr. Lhota also said it was the first time he was asked about the issue, and that he intended to study it, and meet with religious leaders in order to solve the issue.

“Look, it requires education,” Mr. Lhota told Jewish students in April, according to the video posted. “Originally the mayor wanted to outright ban it. Now he wants you to sign a piece of paper that acknowledges that you understand it. That’s a reasonable approach. Banning it, no. It’s a reasonable approach to tell you what the risks are. If you understand the risk, and you sign that you understand the risk, then the burden is on you. That a good thing to do. Government shouldn’t tell people what to do, but direct you,” he said. Adding, “I Follow the issue. I have an enormous respect to religion, tradition and culture and all of that.”

Mr. Lhota’s Republican challenger, John Catsimatidis, apparently supports the regulation. A representative for the campaign told the Forward that Catsimatidis “believes a mohel’s work should be regulated by the health department, just like a variety of other procedures are,” and that “we understand the religious implications, but there also has to be a balance with the health implications.”

When this reporter called the Catsimatidis campaign for a response, we were told that Mr. Catsimatidis himself didn’t come clear on the issue yet.

In a statement to the Forward, Democratic front-runner Christine Quinn said the use of signed consent forms to perform MBP “protects religious freedoms” and is the “right policy,” but that the city’s health department “must do a better job in the future with its outreach on sensitive issues in which public health and religious practices intersect.”

Democrat Bill de Blasio said that while the city “has a solemn duty to protect the public health, and we will never compromise on that.” He added that Mayor Michael Bloomberg “was wrong to simply dictate to a community on a matter of religious tradition.” De Blasio added that he would find a solution “that protects the health of newborns and allows freedom of religious practice.”

Cuomo Orders de Blasio to Fix NYPD by Next April 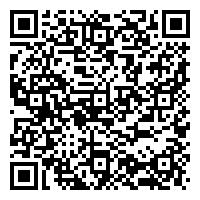