It would seem that Orthodox Judaism has a lot to be happy about these days. In the recent much discussed Pew Research Center Survey it was only Orthodox Jewry that has enjoyed an increase in numbers. The other major denominations are experiencing decline. Should we be triumphalist? Some of us are. But let’s take a closer look at this.

Reform Judaism which was instituted in America by Issac Meyer Wise in the 19th century was at the time thought to be the wave of the future. Many Jews flocked to this form of Judaism that was created with compatibility and assimilation in mind. They were triumphalist about their movement and saw Orthodoxy on its last legs.


But Reform was quickly overtaken by a new movement created in the early 20th century. The Conservative movement which had more of a connection to Jewish tradition was more appealing to the mass of European immigrants that came to these shores in waves at that time. Many felt that they had to work on Shabbos to survive. The assimilated Reform Jews of that time did not really embrace these ‘greenhorns’.

Which was pretty much fine with the ‘greenhorns’. They wanted to retain as much of their Judaism as they could. Conservative Judaism spoke to that need. It allowed them a sense of observance while tolerating violations of Halacha – and in some cases encouraging it for a ‘higher purpose’. Driving to Shul was permitted. Since Jews were driving anyway they were told if you’re going to drive – drive to Shul.

For decades Conservative Judaism enjoyed immense popularity too. Surely enough to feel triumphalist about themselves. But as was the case with Reform a few generations – in our day, the Conservative movement is struggling to maintain it members. And as of now they seem to be losing the battle. The Pew report has given us some truly depressing figures. Non Orthodox Jews are intermarrying at a 70% rate. Even if (as many claim) those numbers are grossly exaggerated, it can certainly not be discounted that the intermarriage rate is extremely high.

Reform Judaism which does not consider Halacha binding has had some success in changing their numbers by changing the rules. They have redefined for themselves who is a Jew. Jewish lines had always followed the mother. Patralineal descent was never considered legitimate. That is basic Halacha. But now they accept patralineal descent. And they now define Jewish identity by how an individual defines himself. Halachic practice is unnecessary. Formal conversion is unnecessary.

Conservative Judaism has not resorted to that. Yet. But it is hemorrhaging Jews. Assimilation is winning.

As I said above, Orthodoxy is growing according to the Pew survey. But is it really? Should we be Triumphalist? There are many among us who might feel this way. And for good reason. We believe we are following in the Halalchic footsteps of our forefathers. That has kept us separate, identifiable, and therefore alive. We have the most children and we raise them to be Orthodox. We send them to religious schools and we live in religious neighborhoods. Our social groups are mostly Orthodox. Assimilation is not done at the expense of abandoning Halacha. Some of us discourage it completely and some of us assimilate where Halacha permits.

While there is some attrition away from Orthodoxy, that is counter-balanced by those who join us via successful outreach.There have been some statistics published that indicate that more Jews leave Orthodoxy than join it. I would dispute that. Those surveys do not define Orthodoxy properly. Self identifying as Orthodox or claiming to be raised Orthodox is not any way to define Orthodoxy. Just because your parents belonged to an Orthodox Shul – that does not make you Orthodox. 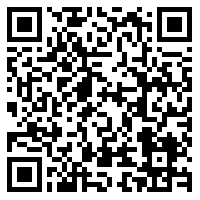