My issues with Satmar notwithstanding, I must give credit where credit is due. The Williamsburg area where Satmar Hasidim live has quietly created a trend of development that is somewhat counter culture – in a good way. In an era where gentrification has become standard for urban renewal Satmar has had its own – much more affordable version of that going on in its outer edges.

Gentrification is what happens to slums (or at best neglected neighborhoods) where the poor live when a city council and developers get together to try and eliminate those slums. Developers will buy out dilapidated buildings and either demolish them to build new upscale living quarters or rehabilitate existing structures that in their hey-day were quite upscale themselves.


When the original tenants moved to the suburbs (what used to be called white flight) and the poor started moving in these neighborhoods became neglected – some of them turning into slums. The residents could not afford to keep up the buildings and they became run down. That is an oversimplified – but I think fair description of what has happened.

Developers – seeking to attract singles or a working couple with no children whose incomes are well above average and expenditures far less that the average family would build housing suitable for this demographic… making them unattractive for most families and too expensive in any event. These dwellings are steeply priced. As an article in the New York Observer points out – in the trendier section of Williamsburg, a half a million dollars will barely buy you a studio apartment.

Satmar developers, ever mindful of the need of their growing community, have taken a different track. They have lobbied government officials successfully and have received zoning variances enabling them to build housing on what were once commercial and industrial zoned areas of Williamsburg. And they have built brand new and affordable housing for Satmar families where that same half million will buy a three-bedroom condo in a new elevator building.

True these structures will not win any architectural awards. “Strolling down Bedford Avenue, you’re greeted by a solid wall of new six-story brick buildings” says the New York Observer. They are obviously more functional than aesthetic. But they do have a clean and new functional look to them. In an area where a modest lifestyle is promoted, this type of housing is ideal. And again from the Observer (here comes the good part): “the ultra-Orthodox have succeeded in building thousands of units and keeping the neighborhood affordable for families—on private land, and without public money!”

I have been to these neighborhoods and seen these buildings. They are a far cry from the impoverished conditions I used to see there just a decade or so ago. It appears to be populated entirely by Williamsburg Hasidim.

And yet, I can’t help but feel that there is something missing from this seemingly idyllic picture. For one thing a half million dollars isn’t pocket change. The ‘modest’ incomes of most Satmar Hasidim doesn’t seem like enough to buy one of these units. Even if you factor in low down payments – there remains the very high mortgage payments. Which begs the question, where do these families with 6, 7, 8 or more children get the money to pay for that? It would therefore appear to be that only a more upscale (by Satmar standards) family can afford these units. Either that or some of these families must be getting subsidized. And if so, where is that money coming from? Philanthropists? Government welfare programs?

The building boom also had some controversy attached when public land was bought along with private land. From the New York Observer:

Black and Latino leaders claimed that the affordable housing complex—to be built on city-owned land, some of which would be seized by eminent domain—would give a disproportionate number of units to the ultra-Orthodox, as traditional public housing projects nearby had in the past.

Rabbi David Niederman, leader of the United Jewish Organizations, begged to differ, saying that both the public and private aspect of the rezoning are needed. “We believe in supply and demand,” he said. “Imagine if 200 people are fighting for one unit”—something that New Yorkers outside of Hasidic Williamsburg won’t have to try very hard to do. “Prices are going to go up like crazy.”

I personally see no problem with what Satmar did. They lobbied for the land and they got it. Black and Latino leaders could have done the same. 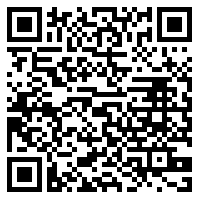