I must give credit to Mishpacha Magazine Editor and Chief, Rabbi Moshe Grylak. He was honest in an editorial describing an experience that in my view ought to be had by every Charedi in Israel . While it is unfortunately highly unlikely that this would ever happen to all Charedim – It did happen to Rabbi Grylak and he tried to convey its message to his readers.

He was ‘reminded’ that secular Israelis do not hate Chardim at all. And that some of the finest and most highly motivated secular youth are in uniform.  He said that he had always thought this but had to be reminded of it because of the current ‘anti- Charedi’ climate in Israel.


Rabbi Grylak spared no words of praise for the young IDF cadets he hosted in his Har Nof neighborhood last Shabbos. These young men will upon graduation serve as officers in combat units. The questions they asked about Charedi values were sincere and were not meant as challenges.  He actually thanks them in the very title of his editorial, ‘Thanks for Restoring My Sense of Proportion’.

It’s nice to see an article that praises these secular youth accompanied by the realization that secular Jews do not really hate Charedim.

I have been saying this for years.  But I do not live in Rabbi Grylak’s world. One that sees evil lurking in the hearts of virtually every secular Jew.  I live in a world where I know that is not true. Rabbi Grylak’s world is guided by rabbinic leaders and Charedi politicians that rarely if ever see any good in the secular Israeli. The rhetoric one hears from those corners reinforces that negative stereotype.In my view the reason those leaders promote this negative stereotypes is that they rarely if ever have any real connection to the outside world. They know of it only by what their Askanim (community activists) tell them. Or by what the Charedi politicians tell them. Or the way the Charedi newspapers report about them.

Charedi rabbinic leaders discourage – if not outright forbid – reading any secular newspaper that might give them a different perspective. The argument there is that they are all a bunch of anti religious publications with an agenda to hurt the Charedi world. I can’t count the number of times I have heard a Charedi journalist say about almost any secular news source that they are anti-Frum.

Fortunately every once in awhile something like this happens that gives lie to all the negative spin about secular Israelis.

I wish I could say that an article like this signals a change in the way Charedim perceive the motives behind the current move by the Kenesset to equalize the draft and the push to require Yeshivos to have a core curriculum. But alas, that is not the case.

Rabbi Grylak continues to insist that those who are pushing these things in the Knesset are anti Charedi… out to ultimately destroy them. In other words he separates these wonderful ‘cream of the crop’ young IDF cadets from the secular media and the secular politicians.  He still ascribes completely nefarious motives and agendas to them.

The strident rhetoric about the government and media being anti Charedi will therefore continue. They characterize Yair Lapid as a hater of Charedim out to destroy them. And their words for the 2 Orthodox rabbis in his Yesh Atid party are hardly any less condemning.

No matter how many times Lapid says he does not want to destroy Charedi Judaism, this is how they see him. They see him as disingenuous with an ulterior motive to destroy the Charedi way of life.

One of the things they point to is the fact the Lapid has recommended that draft dodging Charedim be put in jail. This – they say – is proof of his anti Charedi agenda.

They completely ignore what I consider a seminal moment in Israel when during a speech at Kiryat Ono, Yair Lapid repudiated his father’s atheist views and conceded that Charedim have ‘won’. He said that the founding fathers were wrong to completely secularize Israel and marginalize the Charedi world. He then challenged them to participate in the great Israeli enterprise as full partners with the secular wolrd. His candidacy was based on that… and included those two Charedi rabbis. His platform was about Charedim ‘sharing the burden’. And his party won big – far beyond anyone’s predictions gaining 19 Kenesset seats.

Rabbi Grylak and other Charedim see the term ‘sharing the burden’ differently. They see it as ‘code’ for destroying the Charedi world as we know it – using Laipd’s suggestion that Charedim be jailed as proof of that.

On the very next page in Mishpacha Magazine Jonathan Rosenblum  minces no words attacking Lapid in an op-ed describing him in the most unflattering of terms. The title of his op-ed asks whether Lapid is Schizo! And he goes on to accuse him faking concern by telling Charedi youth to ignore their rabbinic leaders and avoid jail by registering for the draft.

Why does he consider a plea to Charedi to avoid the consequences of dodging the draft to be disingenuous and anti Charedi?  Because Charedim live by what their Gedolim say. Asking them to ignore them is to undermine their very essence. He goes on to say some other unflattering things about Lapid.

I don’t understand why Jonathan took this turn. He originally had some nice things to say about Lapid because of his Kiryat Ono speech.  Now Lapid is all of a sudden a lying Rasha? Maybe it’s the jail thing. Maybe he sees threatening jail time for Charedi draft dodgers as the ultimate anti Charedi move.

I do not see it that way. I am willing to bet that jail time would apply to anyone who dodges the draft. If it happens to be the case that Charedim will have the largest numbers of draft dodgers – it will be because of some of their leadership’s directive to not register. Proposing legislation that draft dodgers be jailed is not anti Charedi. It is anti draft dodger!

If on the other hand this law would apply only to Charedim, I would have to then concede that it is anti Charedi – and I would oppose it with the same vigor as Charedim do now. But I cannot believe that is the case.

Charedi journalists and columnists would do well to step back and see whether their suspicions and accusations about an anti Charedi agenda have any real merit.  I don’t think it does. No matter what kind of criticsm one might have against him – I do not see Yesh Atid Kenesset member Rabbi Dov Lipman serving on any party that is anti Charedi. I think this former student of Merkaz HaTorah and Ner Israel Musmach probably knows better than anyone that Lapid is not anti Charedi. At worst Lapid may not understand the fealty Charedim have to their rabbinic leaders. But that does not make him anti Charedi.

Rabbi Yitzchok Frankfurter’s editorial in Ami Magazine suggests that Charedim should try and better convey the reason why they consider Torah study so valuable. I have no problem with that and think that is a good idea. But that still does not justify a 100% exemption from army service.
Charedi journalists must realize that the war they fight does not exist. It is one sided. Secular politicians like Yair Lapid do not see Charedim as the enemy.  They see them as a constituency that under-serves the country; and as being unprepared for good jobs. They do not want to destroy them. They want to help them. Charedim may very well disagree and not want this kind of ‘help’. But it would benefit everyone if Charedim would stop vilifying them. That might just lead to compromises that everyone could live with. 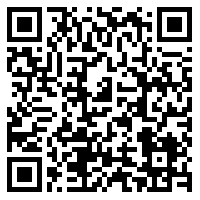