A short while ago I wrote a post lamenting the fact that there are actually people in Israel who refuse to wear a kipa at their own wedding. They refuse to in any way identify with observant Jewry. After last Friday, I can’t really say I blame him. If I were a secular Jew seeing what took place last Friday at the Kotel, the last thing I would ever want to do is identify with observant Jewry.

This event is being published in all media including the New York Times. This morning when I skimmed through the pages of the Chicago Tribune a picture of the event hit me in the face along with an article describing it. The Jewish Press says it all:

Haredi men are cursing the praying women, and occasionally throw water bottles and garbage at them.

I wasn’t going to react to this in a post. It would seem like I was gloating after I had written a post just prior to the event predicting that this might happen. I had hoped it wouldn’t. I had hoped that there would be a major kiddush HaShem with thousands of young women showing up and praying at the Kotel with tremendous sincerity perhaps praying in some way for the welfare of family; or friends; or the entirety of Jewish people. But in my heart I knew it would not end well. And unfortunately I was right. I am not gloating. I am sad that this happened. Sad… and angry! When I saw that Tribune article it hit a raw nerve.

This event goes way beyond any contentiousness about the rights of the women of the wall. I am not one of their supporters. One can debate whether they have a right to do what they do there. But no matter how opposed one is to them, to create a hilul HaShem in that cause not only undermines their goal, it projects an image to the world that the most religious Jews among us… those who claim to be the most authentic representatives of the Chosen People are primitive savages!

As I said in last Thursday’s post, these kinds of protests attract trouble makers. It doesn’t take that many… 5 or 6 people can do things that will make us all look bad. And when I say all.. I mean all of Jewry, Haredim, Modern Orthdodox, and even secular Jews.

I’m sure that there are some people out there who read these articles and said this is how Jews act. And even those who didn’t are certainly saying the this is what Ultra-Orthodox Judaism is all about. If one wears a kipa the world looking at him will increasingly think of images like the one above.

I have to ask. With all the good intention of Israel’s rabbinic leaders, how could they not see that this was going to happen? It isn’t as though protests in the past never had things like this happen. The fact is that this almost always happens.

How many times were reporters spat upon by extremists in Meah Shearim protesting hilul Shabbos? How many dumpsters have been set on fire in protests like these? How many windshields have been broken by rocks being thrown at them during one of these protests in Meah Shearim? Meah Shearim is pretty close to the Kotel… literally a stone’s throw! This is not the first time that rabbis have called for a peaceful protest and violence broke out.

How can they know the potential of violence is real and yet still think that a simple instruction to not be violent will work? “Eizehu hacham? Haroeh es hanolad”—Who is the wise man? The one who foresees the consequences of their actions.

Where is the wisdom?

We have many learned Rabbis who are looked to for guidance by observant Jews. Many of them asked seminaries to empty out and go to the Kotel to protest the Women of the Wall. That is exactly what they did. And look what happened. 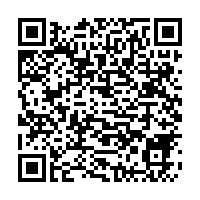