Excavations on the route of a new superhighway north of Be’er Sheva have uncovered a spectacular 1,500-year-old mosaic in the field of a kibbutz, providing vacationers for those with an extended Shavuot holiday to view the latest discovery.

The Israel Antiquities Authority (IAA) and Cross-Israel Highway Company, which operates “Kvish 6,” or Highway 6,  is opening  the excavation free of Charge on Thursday morning until noon, when schools and man Yom Ha’atzmaut government offices are closed as an extra day off following Shavuot. The Jewish holiday, also known as Pentecost, is celebrated only one day in Israel but two days outside the country.


The colorful dating to the Byzantine period between the 4th and 6th centuries was exposed in recent weeks in the fields of Kibbutz Bet Kama, located approximately 15 miles north of Be’er Sheva and 50 miles south of Tel Aviv.

During the Byzantine period Jewish and Christian settlements in the region were located next to each other. A synagogue and ritual bath (mikveh) were exposed in two nearby ancient Jewish communities

Before road builders can start getting ready to pave the extension of the highway from north of Beit Kama to a junction only 10 miles north of Be’er Sheva, excavations are carried out to determine if there are historical treasures underground. The archaeological site covers 1.5 acres on kibbutz farmland.

Several astounding finds already have been declared by the IAA, but the mosaic is one of the most spectacular of its kind in the country.

The main building at the site was a large hall 12 meters long by 8.5 meters wide and its ceiling was apparently covered with roof tiles. The hall’s impressive opening and the breathtaking mosaic that adorns its floor suggest that the structure was a public building.

The well-preserved mosaic is decorated with geometric patterns and its corners are enhanced with amphorae – jars used to transport wine – a pair of peacocks, and a pair of doves pecking at grapes on a tendril. These are common designs that are known from this period; however, what makes this mosaic unique is the large number of motifs that were incorporated in one carpet.

Pools and a system of channels and pipes between them used to convey water were discovered in front of the building. Steps were exposed in one of the pools and its walls were treated with colored plaster, known as fresco.

Archaeologists in the Antiquities Authority are still trying to determine the purpose of the impressive public building and the pools whose construction required considerable economic resources.

The site seems to have consisted of a large estate that included a church, residential buildings and storerooms, a large cistern, a public building and pools surrounded by farmland. Presumably one of the structures served as an inn for travelers who visited the place. 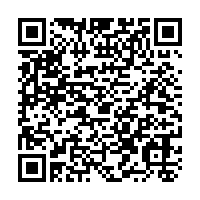