The trial of Yosef Kolko is about to begin. Rabbi Kolko has been accused of child molestation. According to Rabbi Daniel Eidensohn, “Kolko has already confessed to the social worker who will be required to testify.” The social worker was hired at the behest of the Lakewood rabbis investigating the charges. This fellow allegedly committed sex crimes multiple times on a young boy in his charge while in a religious summer camp.

Rabbi Kolko has plead not guilty. Not sure how he can do that now if a social worker will indeed testify in court that he admitted the abuse actually took place. Rabbi Kolko faces up to 60 years in prison if found guilty.


Lakewood’s rabbinic leadership has responded to this by coming out full force in defense of Rabbi Kolko – insisting on his innocence and claiming to have proof that he did not do this. They have made all kinds of threats to his accuser using the Shulchan Aruch’s language about mesirah (informing) as a hammer. Language that says that informing on a fellow Jew to secular authorities means losing your chelek in olam habah – your place in the world to come! (Although many Poskim say that Mesirah does not apply in a country like ours that has a fair system of justice.)

They have enlisted the aid of two rabbinic figures of great stature – one in Israel and one here – to weigh in on this matter. Based on what these leaders were told, they have come out with very harsh condemnations of the victim’s father… claiming that he violated Halachah by not dealing with this “in-house.” They said he should have gone to a beis din (religious court). They are the ones who are equipped to handle these things Halachicly.

It’s nice that these rabbinic leaders have so much compassion for the accused. But what about the victim? And how have they expressed their compassion to his father- the accuser?

The victim’s his father is not your average ba’al habos. I don’t know his identity. But I am told by people who do, that if his identity were made known to me, I would recognize the name since he is originally from Chicago.

According to my sources the father is a major talmid hacham (Torah scholar)who until this happened was a respected figure in the Lakewood community. No one can say that he has no ne’emanus (faith) and dismiss the case out of hand. He has also secured the support of another posek (jurist of Jewish law) outside of the Lakewood community that has much respect in the Haredi world. It is also not clear to me whether he did not attempt to go to a beis din first. There are conflicting stories about that depending on which source you believe.

It is particularly galling to me is how this has been handled. Everything I have read about it tells me that Lakewood’s rabbinic establishment has no concern for the victim at all. And that they do not believe him or his father. They are concerned only for the welfare of the accused. The war waged against the victim’s father is relentless and harsh. Here is just one example written in a letter written by a prominent Rav which has been made public:

After conducting a thorough investigation I am absolutely certain that R’ Y.K.[Yosef Kolko],may his light shine, is perfectly innocent of any wrongdoing of any nature whatsoever. And not only is he innocent but it is also as clear to me that all these allegations are fabrications made by [REDACTED].

Further, all the reports made to the secular authorities were only for the express purpose of casting blame for their[the victim’s family] own shameful and cursed existence on others. And the truth is that the allegations they make against others are crimes they themselves are in fact guilty of and they seek to cleanse their reputation by blaming an innocent man for their own deeds.

There have been equally harsh words published by anonymous “askanim” (dealers) in Lakewood along these lines. Not to mention the letter from a respected rabbinic leader in Israel saying that what the accuser was doing is forbidden by Torah law and that he should bring the matter first to a religious court. 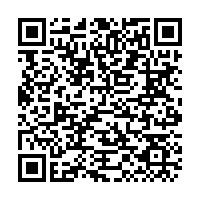