The question of the study of Torah by women was resolved long ago in stages. First by the Gerrer Rebbe and the Chafetz Chaim in the 1930s. They were convinced by women’s education pioneer, Sarah Schenirer to open up the first Beis Ya’akov – allowing for mass Jewish education for women outside the home. And later expanded by Rav Soloveitchik who gave the first Gemarah Shiur in YU’s Stern College for Women.

There are those who have a religious issue listening to women speak in public – basing it on modesty concerns. That is their right. But there is no Halacha that I am aware of that forbids it. Nor is there any Halacha that precludes a woman from saying divrei Torah to men. The current over-emphasis by the right is based on a misunderstanding of what tznius really is. And it has resulted in actions that in my view are anything but Jewish and have nothing to do with tznius. Like photo-shopping women’s shoes out of a photograph published by a Charedi newspaper.

For me Dr. Calderon’s speech was a most inspiring one. There are more than a few men in Yeshivos that are not even capable of doing that – who are nevertheless exempt from military service. Because they are in Yeshivos.

Another problem some might have is that a woman who is unabashedly secular (with no intention of becoming observant ) should not be promoting Talmud study. The argument might be that the purposeful secular lifestyle she leads is a contradiction to the Torah she is learning. That by studying the oral law and rejecting it in practice – she is making a mockery of it. And treating the Talmud no differently than the secular founders of Zionism treat Tanach.

For the same reasons they may also object to her founding of a secular Yeshiva. That too makes a mockery of observance by focusing only on the culture and ethics. Much like the Reform Movement did when it was founded. They rejected ritual observance replacing it with the ethics they thought the Mitzvos in the Torah and Talmud stood for.

I understand their point of view. But I am in profound disagreement with them.

To me this is the classic Mitoch SheLo Lishmah, Bah Lishmah. Once one begins to study Torah (or do Mitzvos) for ulterior motives one will eventually come to study it for the right reasons. Those reasons being to do God’s will. So let secular Israelis study Talmud. There is nothing wrong with a Jew learning Torah. Even if it is only at first to study it for cultural or ethical reasons. As long as it is treated with the respect and reverence it deserves and the knowledge not misused in some way – it can only improve one’s understanding of his heritage and perhaps even lead to observance of Mitzvos.

As things stand now, there is quite a bit of ignorance among secular Israelis about the truth and beauty of the Torah – even as they study Tanach in their schools. At the same time there is also the fact that many Israelis are traditional in many ways – if not fully observant. Furthermore there seems to be a new respect for the Kipah wearing Jew – as was evidenced by the record number of such Jews just elected to the Knesset. There is no better time than now for a person like Ruth Calderon to be in the in the public eye. She may not be aware of it (although I’m sure she would not object) but her attitude may prove to be the best Kiruv tool yet for the secular Israeli Jew.

Here’s is Dr. Calderon’s Knesset speech (in Hebrew) in its entirety: 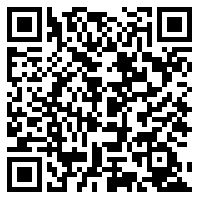