How many people are upset by Edward Snowden? I certainly am. He is a traitor. Snowden’s the guy who decided that the government anti terrorist policy monitoring the periphery of cell phone communications of all Americans was a violation of our civil rights. It is the sort of ‘Big Brotherism’ that the public has a right to know about.

This was a legal process approved by the Bush administration that has continued under Obama to much success in preventing terrorist attacks. It was approved by the courts and congress and supported by both political parties. In other words all three equal branches of the government  the Executive, Legislative and Judicial  that were created as a system of checks and balances agreed that this was a legal,constitutional, and perhaps most importantly effective way of protecting its people.

I hope Snowden is brought to justice. But it occurs to me that the circumstances here with respect to divulging American secrets to a foreign nation (or the whole world in this case) are not dissimilar to what Jonathan Pollard did.

Those who feel that Pollard got hung out to dry by getting such a severe punishment ought to feel the same way about Snowden – should he be convicted. Altruistic reasons have been attributed to both men. Pollard thought he was acting in the best interests of Israel, one of America’s closest allies . Snowden thinks he is acting in the best interests of all Americans who have a right to know that the government is watching them.

In my view the basic circumstances are the same. Divulging secret information to outsiders – even friendly ones – compromises our ability to protect ourselves from all enemies – foreign and domestic. Both Pollard and Snowden did that. And both deserve to be treated equally.

Netanyahu Changes to Harsher Tone on US Spying

US Rented Apartment to Spy on Ehud Barak 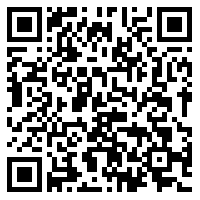