Egyptian TV is planning to broadcast a new series during Ramadan in July: Khaybar, the story of a battle fought in 629 by the prophet Mohammed against the Jews of Khaybar, an oasis in northwestern Arabia. After a vicious battle in which many Jews were killed, women and children were made slaves (Mohammed himself took the wife of one of the leaders). A few Jews were allowed to remain on the condition that they give half of their produce to the Muslims.

Muslim demonstrators today like to chant “khaybar, khaybar ya yahud, jaish muhammad saya’ud, Khaybar, Khaybar, O Jews, Mohammed’s army will return,” to remind us of the historic event and to threaten a replay of it.

The series is explicitly intended to demonize the Jews as an alien race hostile to Muslims and the welfare of the world. According to the series’ script-writer, Yusri Al-Jindy, “The goal of the series is to expose the naked truth about the Jews and stress that they cannot be trusted …I think it is time to expose them [the Jews] even in America itself. I am confident that the United States will realize that it paid a high price for supporting them.” …

Khayber is produced by the Qatari company Echo Media Qatar which, in 2010, produced a television series, The Collapse of the Caliphate, which blamed Jews for conspiring with the enemies of the Ottoman Sultan to dismember the Caliphate, the Islamic empire administered for several centuries by the Ottomans. A report in the Qatari newspaper Al-Raya states that the series focuses “on the social, economic and religious characteristics of the Jews including politics and conspiracies and how they dominate and control tribes.” …

The promotion of anti-Semitic themes in the Egyptian media has been a long-standing and ominous problem. In 2002-2003, Egyptian television produced a 40-part series, Rider Without a Horse, dramatizing the classic anti-Semitic tract, The Protocols of the Elders of Zion. The program depicts Jews murdering a gentile child to use his blood in making of Passover matzah.

It’s easy to think “who cares, it’s normal in that part of the world, it doesn’t mean anything special.” But it does. Like the daily demonization of Jews and Israel in the Palestinian Authority and Hamas media, like the constant invention and exaggeration of stories of mistreatment of Palestinian Arabs by multiple European-funded NGOs, and like the lie factory that is the UN — here’s a particularly egregious example which is in the news today — anti-Jewish and anti-Israel hate propaganda in Egypt and other Arab countries represents an early stage of a hoped-for genocide against the Jewish people.

It is also easy to feel confident that Egypt, which is on the verge of starvation and probably soon to face a military coup, doesn’t have the ability to hurt Israel, nor many Jews of its own. But hate is cumulative over time, and spreads efficiently in Internet space.

It is past time for the Jewish people to say that they are not going to take this anymore, that there will be consequences for countries and institutions that don’t take steps to stop it. Egypt, for example, doesn’t have sufficient energy reserves to meet its needs, nor does it have the foreign currency to buy oil and gas. Israel will shortly have more gas than it can use. Should it sell some to Egypt, when that country in essence calls for another genocide against Jews?

The ZOA is asking President Obama to “publicly pressure the Egyptian Muslim Brotherhood-backed regime of Mohammed Morsi to cancel the broadcast of [this] viciously anti-Semitic television series.”

Egypt needs help everywhere it can get it, and the US will certainly be a major source of aid when Egypt’s economy collapses altogether. This could be a test case to find out if the Obama Administration really means what it says about its opposition to racism and incitement to murder. 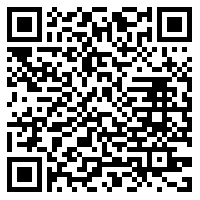