I have always thought that Charedim should be subject to the draft in Israel in exactly the same way all other Jews in Israel are. I have written extensively on this subject. I feel very strongly about this. Perhaps even stronger than many to my left who would be satisfied with Charedim fulfilling their military obligations through national service.


For me it’s about whose blood is redder. The answer is everybody’s blood is red. If a secular or Dati Jew is subject to be put in harm’s way, so too should a Charedi Jew. What motivates me is the image of an Israeli mother mourning the death of a son killed in combat. A mission he was given because he was drafted  into the army and was deemed best suited for combat by his superiors.

Now it’s true that most soldiers in Israel are not given combat missions. But it is also true that anyone in theory is subject to it… thus subject to the possibility of being killed in action. Why should only Charedi mothers be exempt from this possibility? No one wants to die. And not every soldier put into combat wants to be there. But that is what defending one’s country is all about.

That said there can be exceptions made in any category. Secular, Dati, or Charedi. As far as Charedim are concerned we need Torah scholars whose life’s blood is Torah.  They should be exempt as a vital function of Israel’s existence no less than a secular Jew’s job or area of study is vital to Israel’s existence. Unless Israel’s army converts to an all volunteer one and the draft is abolished, no one group – Charedim included – should be exempt as a class. That said, everyone’s religious needs should be accommodated. In the case of Charedim, their units should be modeled on Nachal Charedi.

This is the reality of Israel. And this is the reality that Israeli hero and ZAKA founder, Yehuda Meshi Zahav saw when he came around to this type of thinking. As an article in the Jerusalem Post (republished in VIN) reports – this 11th generation Israeli Charedi Jew who was firmly in the Eida HaChardis camp has now joined ‘the enemy’. Which to the Eida HaCharedis is the Israeli government, its founders and leaders.  He used to participate in all of their protests against the government. From VIN:

Once upon a time, Zahav was the operations officer of the Eda Haredit extremist haredi group. He led demonstrations against Sabbath desecration, burnt Israeli flags, fasted and wore mourning clothes on Israel Independence Day, illegally removed dead bodies from the Abu Kabir Forensic Institute to prevent autopsies from being performed and put mice into the pathologists’ rooms, and sneaked onto archeological sites in order to prevent archeological excavations.

Why did he ‘switch sides’? Well he didn’t – really. He just decided that there are no sides. He explains:

The change in Zahav began on July 6, 1989, when a terrorist blew up a bus on the 405 route from Tel Aviv to Jerusalem. It happened on a road in front of the Telz-Stone yeshiva (Jewish religious seminary) in Neva Ilan. Zahav and his friends wanted to see what was happening, “and then, when the dismembered bodies were laid out before my eyes, when the sirens were echoing among the smoky fragments of the bus, when the bloodstained clothes were scattered over the area, when entire families were broken and erased in an instant, I realized that the quarrels between us were meaningless. The type of skullcap you wear and the kind of clothes you wear pale in comparison with the real war we’re faced with. The Arab enemy doesn’t distinguish between the blood of a haredi, a secular person, and someone who’s modern Orthodox. We’re all connected. There’s no right or left. Everyone’s pain is the same. That was the moment when I crossed the lines…

He has paid a heavy price for his ‘rebellion’:

His grandfather, Rabbi Yosef Sheinberger, the mythological leader of the Eda Haredit and a fanatical opponent of the founding of Israel, refused to speak with Zahav for the last four years of his life.

Not only does he see all blood as being red, he agrees with the idea that Charedim should be educated in secular subjects. And he considers Yesh Atid founder, Yair Lapid, a friend. Which is yet another reason he seen as a traitor since Lapid has been deemed the devil incarnate by virtually the entire Charedi world.

Well, in my book, we need more ‘traitors’ like Meshi Zahav. He had a wake-up call that the leadership of the Eida and their sympathizers have not had.

With Yom Ha’atzmaut, Israel’s Independence Day, on the horizon, the Eida types and their sympathizers will surely condemn it as they have in the past. Even those Charedim that will not actively protest it, will at best ignore it… and in some cases speak out against it. They will bolster their arguments with every possible wrong ever committed by anyone ever connected with Zionism… showing just how evil these people really were – and still are. They will point to all the past religious leaders that that condemned the state as a Godless entity whose purpose was – and still is – to destroy Judaism. I have even heard some of these people comparing the government of Israel to the Nazi regime in Germany!

But with few exceptions (and there are exceptions) those – both past and present – who condemn the State were no doubt not personally subject to the Holocaust – nor seen what Meshi Zahav has. They were not there.

They did not experience firsthand what it means to be freed from a concentration camp only to end up in a DP camp with no country wanting to let you in. When Israel became a state, the doors opened up to these survivors. The vast majority of them understand what was given to them and are grateful for Israel’s existence. They have been given a second chance at life and in most cases have done well.

I am reminded of one Chasidic Rebbe who lived through the Holocaust and suffered its indignities. When he was in a Nazi concentration camp, he was required to sweep the streets there. He promised that if he survived and was able to immigrate to Israel he would do the same thing.  He kept his promise and every Yom Ha’atzmaut he went outside to sweep the streets. He understood what Israel did for him. And expressed his gratitude publicly. It would be nice if it didn’t have to take experiencing horrors of one kind or another for this kind of transformation to take place.

‘For A Jew To Remain In The Diaspora Is Like A Slap In God’s Face’: An Interview with Rabbi Nachman Kahana 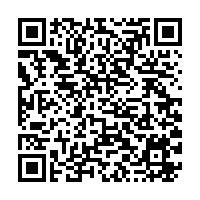