Tziporah Malkah, a 43-year-old former model who changed her name from Kate Fischer when she converted to Judaism, was voted off the Australian reality show “I’m A Celebrity … Get Me Out Of Here” this weekend, having lasted four out of six weeks on Australia’s Channel Ten reality show.

Katherine Helen Fischer, now legally known as Tziporah Atarah Malkah bat Israel, is an Australian-American former model and actress. In 1988, at the age of 14, she won the Dolly Covergirl of the Year competition and was considered the next Elle Macpherson. By the early 1990s, she had become a high-profile model working in Sydney, with four appearances on the cover of Vogue Australia four times, as well as GQ, Black & White, and Elle In 2005-2006, she was the face of AMP Capital Shopping Centers in Australia.


She was engaged to billionaire businessman James Packer until the couple separated in 1998 after five years together and a two-year engagement.

Back in November, Israel’s Channel 10 reported that police were looking into allegations that Packer had given members of Prime Minister Benjamin Netanyahu’s family gifts and benefits. According to the report, Netanyahu’s son Yair had flown to New York in September 2015 along with his father’s delegation to the United Nations General Assembly, and stayed in a luxury hotel in Greenwich Village – paid for by Packer. Packer rents several connected rooms in that hotel.

Tziporah Malkah spoke openly to News.com.au about her break-up with James Packer in the 1990s. “The first two years were really hard,” she confessed. “I was desperate in that time so I would have taken anything but now I kind of feel like it is okay, I’m used to it and I am going to wait for someone special to break that drought with.”

According to Australia’s Channel 10, spent 22 months in a women’s homeless shelter.

Malkah’s journey through the series’ jungle was fraught with problems. Early on in the show she fough with singer Natalie Bassingthwaighte and three-time Olympian Lisa Curry. Then, last week, she had such a huge blow up with model Kris Smith that on the night Malkah was voted off, Smith did not say good-bye.

“I am a fairly intense and can be quite fierce woman,” Malkah told News.com.au. 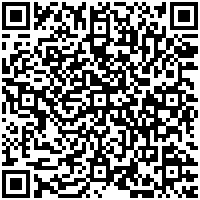