Note from Harry Maryles: Every once in a while I will receive a request from one of my readers to publish an essay they have written. My response usually is to send it and if I like it, I will publish it. These essays do not necessarily have to agree with me lock stock and barrel. They can be opposition pieces to what my stated views are. But they cannot advocate positions that I am diametrically opposed to. More often than not, these submissions are rejected for a variety of reasons – among them: they may not measure up to my publishing standards; or they may not be appropriate subjects for my blog; or are so off the wall that they are embarrassing. But every once in a while a submission not only meets my minimum standards,they supersede them. Usually those submissions are from a professional writers who have either published books or articles before. But not always. Sometimes I receive a submission out of the blue that is quite exceptional in both style and content. Today’s guest post is by one such individual. He is all of 15 years old. Here in part is the bio he submitted:

My name is Michael Weiner, I am 15 years old, and currently live in Lower Merion, Pennsylvania. I go to school at Kohelet Yeshiva High School. I moved here from Northern California just a few months ago, in order to go to a religious high school. I went to a Jewish community school from K-8, where I and my brother were 2 out of 3 religiously observant kids. It was, to say the least, quite an experience! I have gone to a Moshava summer camp for the past 4 years, and am currently involved in Bnei Akiva. I consider myself to be Modern Orthodox, and a Zionist, although I don’t hesitate to criticize Israel if I feel it’s necessary.

I am a huge admirer of the Rav, and his writings. Reading ‘The Lonely Man of Faith’ greatly changed the way I view God, Judaism, and life in general. Today, I am most likely going to go to YU, but secular college is not out of the window, because I believe that a secular collegiate experience has many important positive aspects.

However, regardless of one’s lifestyle choices, they must always remain a Jew above all else. This entails being Kovei’ah Zman Ittim, and infusing all that you do in your daily life with a perspective filtered by halacha and Jewish values (however you define that, be it Tikkun Olam or Talmud Torah).

One word. Wow! He also has his own blog. His post follows unedited in its entirety:


Whose Judaism is Anyways?

The title of this post is a question that has no one answer. The tragedy that we face today is that everyone thinks they are the sole possessors of the answer, and that their way of practicing Judaism is undoubtedly more meaningful, more traditional, and ultimately more authentic. This, in my opinion, is the greatest barrier to achdus in the frum community, and general Jewish community at large.

Simply stated, it’s an inability to recognize that Judaism is multi-faceted, halachah is not monolithic, and that for thousands of years, Jews have looked, ate, talked, and sometimes even behaved differently then each other. This is historical fact. During most of the current galus from Israel, we have been different. These differences however, are not the obstacle to unity. The obstacle to unity is the failure to recognize that these differences are normal, and trivial.

In the early years of the 20th century, Agudas Yisroel was formed. This was one of the very first organizations where Chassidim and Misnagdim worked together to find creative solutions to community problems. The Gedolei Yisrael, and laymen of that generation understood that the powerful Haskalah movement was a force that needed to be reckoned with. It presented dangers that made it necessary for a wide variety of Jews to come together and decide how best to respond to such a threat.

The Chafetz Chaim, the Gerrer Rebbe, the Radzhiner Rebbe, and Rav Chaim Ozer Gradzinski decided that enough was enough. Achdus within the religious community was the only way to stand a chance against the roaring fire of modernity that was quickly consuming all of Europe, eventually reaching even the closeted Pale of Settlement, and other Jewish ghettoes. 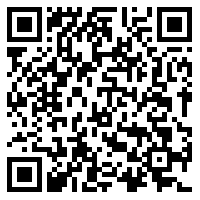