I don’t see how anyone can claim that they are extremists who are an exception to the rule – amounting to only a small handful of Haredim. I am talking about people who are constantly degrading the values of those they disagree with by acting in truly disgusting ways.

It has happened again. From Israel Hayom:

Shear Yashuv residents inflamed to find haredi tourists bathing in a memorial fountain near the town, which was dedicated to 73 IDF soldiers who lost their lives in a terrible 1997 helicopter accident • Haredi tourists: “Memorials constitute idolatry.”

This kind of thing happens so frequently and in so many different places, it cannot possibly be attributed to a bunch of extremists that are not representative of Haredi values. And yet every time something like this gets reported in the media, there is always a Haredi apologist out there somewhere telling us we shouldn’t judge all Haredim by the actions of a few.

I of course agree with that in principle. And as I have said many times, most Haredim don’t do these kinds of things. Certainly not moderate Haredim but even right wing Haredim. They realize it is a Chilul HaShem. However – as I’ve said many times – the behavior though not approved of actually occurs precisely because of the Haredi values exemplified by the above response of those Chareid tourists.

Is there anyone who thinks that the sentiment expressed by them isn’t believed by them? It expresses a value of the majority of Haredi community.

I don’t know that the majority of the Haredi world actually considers such memorials to be idolatry. But I think it’s safe to say that they do completely characterize such memorials at the very least as un-Jewish. And something we ought not recognize in any way. The only difference between those Haredi bathers and the media apologists is that the apologists realize that disrespecting the memorial will be seen by the entire rest of the world as disrespecting the dead being memorialized.

So Rebbeim in Yeshivos advise their students never do anything that will be seen to dishonor lost loved ones in public. That would be considered a Chilul HaShem.

But those tourists probably think it is a Chilul HaShem – NOT to stand up for the truth. They therefore acted the way they did  with pride – having no problem desecrating that memorial by bathing in it.

The idea of showing one face to the public and another one internally was illustrated recently when a  Rosh Yeshiva or Rebbe described what he tells his students about how to act when sirens sound on Yom HaZikaron. He said when the sirens sound while they are in the confines of the Yeshiva, they are to be ignored. When they are out in public, they should stand silently along with the rest of the country. Why? Because it is not a Jewish way to memorialize the dead. Doing so in private therefore has no meaning to them. In public, however, they are to ‘play along’.

One may ask, what’s so terrible about that? What’s wrong with teaching students about the proper Jewish way to mourn the dead? There is of course nothing wrong and everything right about that.

What is wrong here is that it is more than about teaching proper Jewish thought.They aren’t just teaching their students how to properly mourn the dead. They are teaching them that Israel is run by a bunch of Apikurism (heretics) who ‘ape the Goyim’. Students are taught to disrespect everything about the government of Israel and Israeli society. Israel is constantly being vilified to Haredi students by their Haredi teachers.

The smarter ones also realize that there should be no public displays of disrespect to the Israeli populace. For example in how they mourn their dead. That would be a Chilul HaShem. Nonetheless the lesson constantly taught and heard over and over again by students is that Israel is evil and if not for the Chilul HaShem it is indeed correct to dishonor the ‘Goyishe way’ in which Israel does everything. Including the way in which the dead are memorialized.

There are of course some Mechanchim who do not make those caveats to their students. Especially in places like Meah Shearim. Is it any wonder then that there are Haredim who feel free to desecrate a memorial in the way these Haredim did? They are merely expressing their true Hashkafos – oblivious to the Chilul HaShem – thinking that it is a Kiddush HaShem!

That is why when these bathing tourists were asked about it, they responded the way they did. It is the same kind of thinking had by Haredim who held a barbecue in a public park this past Yom HaZikaron while the rest of Israel was somberly mourning soldiers killed in action. ‘It’s not the Jewish way to mourn this way – and by golly we’re going to teach these ‘evil’- or at best ignorant Jews by example what we really think of it!’

It’s the same kind of thinking that goes on when a woman get’s spat upon because the spitter does not approve of the way she dresses. This too happened recently in the city of Ashdod recently. From Ynet:

A, a 15-year-old girl and her mother complained that a haredi man asked the girl not to walk by a yeshiva located in the city center, and even spat on her because of the way she was dressed.

The girl was walking along the street Monday, as she does everyday, to pick up her 6-year-old little sister from kindergarten. At a distance of a kilometer and a half away from her home, the girl – who wore a tank top and a skirt – was approached by a haredi man who yelled at her: “Walk behind the parking lot’s wall”

At first, A., did not understand what he was talking about, and asked the man “Why?” to which he replied “Because you’re immodest, there are people studying Torah here.”

A., who did not want to confront the man picked up her pace and defiantly told him “I’m not going to,” to which he answered “Why are you so stubborn?” and then spat on her.

This is becoming so common it almost as though it were the norm in Haredi circles. I can understand why a Haredi man concerned with the Kedusha of his Yeshiva would be upset at a woman wearing a tank top passing by. And even though I would disagree with him doing it since she has the right to dress as any she chooses in public – I would understand if he politely asked if she would in the future dress more modestly around the Yeshiva.

But when he demands it and then spits on her when she doesn’t comply, that is a Chilul HaShem even though in his own mind he thinks it is a Kiddush HaShem . As would all the spitters, screamers, and haters all over the world who would act the same way under similar circumstances.

As if that weren’t enough let us not forget about the bus ‘bombers’. No… not the Islamist  suicide bombers. The Haredi ones in Bet Shemesh who yesterday smashed the windsheild of a bus and broke other windows with a hammer after after a woman refused to sit apart from men. They later attacked two other buses by ‘bombing’ them with stones and breaking their windows.

So the next time you hear a Haredi spokesman say that these people do not represent them, I would take that with a huge grain of salt.

Update
The woman who was asked to move to the back of the bus was interviewed by a religious radio station in Israel. She described the situation as follows. As a new immigrant unfamiliar with sex segregated buses in her new community she sat down at the front of the bus with her young children and all the packages she was carrying.

She was then immediately but politely asked to move to the back by one of the Haredi women who came up to her. At first she refused because of all the packages and her children. She was offered help with all that and she then agreed to move. The bus driver became irate when he saw this and decided to call the police. That is apparently when all hell broke loose.

In my view, this changes little except the precipitating event caused by the bus driver. The bus driver may have been foolish and impetuous in making that call when the situations seemed to be taking care of itself.

But the rioting Haredim that responded by damaging that bus and other buses nearby is what ought to be focused on here. This is not a civilized response to a grievance against what a bus driver did. And although the bus driver should have perhaps not exacerbated the situation, clearly he too acted out of his indignation at what he thought was wrong. 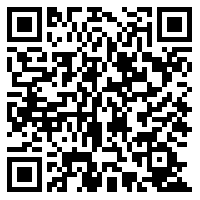