But I think it is clear that the door to such success is far more open in Modern Orthododxy than it is in the Charedi world just from the simple fact that the attitudes about participating in the culture are so vastly different. Hence the greater number of highly successful modern Orthodox women.

How successful?  From Tablet:

There are many thousands of Modern Orthodox women engaged in every form of public pursuit, from Jewish-studies professors at elite universities to press secretaries for U.S. senators. Indeed, according to the newly released UJA Jewish Community Study of New York, directed by Dr. Steven Cohen, 41 percent of female Modern Orthodox respondents possessed post-graduate or professional degrees—“a somewhat higher level of educational attainment than their non-Orthodox counterparts” and the highest among all populations surveyed, male and female. None of which should be surprising, given that a passing glance at the Ivy League and beyond reveals flourishing Orthodox communities with countless aspiring Orthodox female professionals.Over at Yeshiva University, the institutional bastion of Modern Orthodoxy, similar trends can be observed. Last academic year, the university’s most prestigious post-graduate leadership program, the Presidential Fellowship, had 16 full-time members drawn from the previous graduating class. Half of them were women. Last week, the university granted tenure to 10 professors, the majority of them women, several of whom are Orthodox.

That pretty much sums it up for me.

I would of course never say that the Charedi priority of being a stay at home mom is anything but a wonderful thing for any woman to do. It has a very high value in Judaism and is very fulfilling – if demanding – when it is done right. But that ‘creature’ is becoming extinct in both worlds. Working mothers is the new normal.

Being  a good mother has just as much a value as being a successful college dean. Probably even more. But it is not impossible to be a good mother and a college dean. So if an observant Jewish woman wants to participate in the American Dream and have it all, Modern Orthodoxy is the best place to be in order to achieve that. 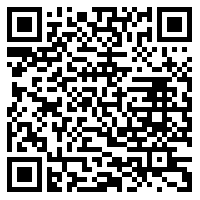