Following the South African government’s decision to require special labeling of all products coming from Judea and Samaria in Israel, the Israeli Foreign Ministry has issued a strong condemnation of the action.

Deputy Foreign Minister Danny Ayalon stated that “Unfortunately, the changes we have witnessed in South Africa in recent years have failed to truly modify trends in the state, and it has remained an apartheid state. South Africa’s apartheid policy is currently targeting the State of Israel and the miners of South Africa itself. Instead of adopting a decision about Israeli products, the South African Government should have adopted brave resolutions regarding the thirty four innocent miners whose only desire was to improve their work conditions.

Deputy Foreign Minister Ayalon was relating in his statement to the 34 South African miners who were killed by SA police during a miner’s protest at the Lonmin mine a few days ago.

The South African ambassador to Israel will be summoned today (Thursday) by the Israeli Foreign Ministry which is demanding clarifications about his government’s decision. 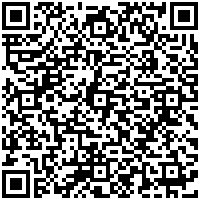