Once again we are going to witness an event this Sunday that may become violent. Innocent people may be hurt. And the negative press for religious Jews could not be much worse.

Albert Einstein once said that the definition of insanity is doing the same experiment twice and expecting different results.


I am not going to accuse anyone of being insane. But I have to wonder how rabbis who many consider to be the greatest leaders of our generation can ask their adherents to protest the next appearance at the Kotel by the Women of the Wall (WoW) and not expect it to turn violent. Even if the chances are low – is it worth the chance?

Nor can I understand the stridency by which WoW insists on making their point. Two stubborn groups at odds with each other in matters of religion is a sure prescription for confrontation. The history from which we are supposed to learn will be ignored.

As most people who have been following these events know, WoW shows up at the Kotel every Rosh Chodesh to pray by using male modalities such as wearing a Talis and Teffillin; and bringing a Sefer Torah (Torah scroll) to read from. Although last month they avoided reading from the Torah in acquiescence to a request by Religious Services Minister, Naftali Bennett – they plan to resume doing so this Sunday.

As much as I believe that many members of WoW are sincere in their desire to pray at the Kotel in this manner, I don’t think there can be any doubt that this is more about asserting feminist rights than it is about prayer (especially by WoW leaders like Anat Hoffman).  They have found a clever way of doing this by technically not violating Halacha.

But I am hard pressed to believe WoW’s leaders did not think this would upset the sensibilities of the vast majority of Jews who do come there to pray in traditional ways. If they were truly sincere only about prayer and did not want to be provocative they would have respected tradition and found an area of the Kotel that was out of the way and not as disruptive.

It is indeed provocative for WoW to act in this manner in any traditional environment. This is certainly true at the Kotel, which is so near to the place where the holy of holies existed in the Temple era.  Does their right to wear a Talis and Teffilin override  the almost certain violence it will bring to this holy place? Do they really need this ‘Mexican standoff’? Is it worth it? Do they think their stridency is what God desires of them?

I understand that some women need to do more than simply pray. They need to wrap themselves in something tangible – like a Talis and Teffilin  to boost their sense of holiness. But in the end – using a male modality to generate that feeling is not what God intends for women… or He would have mandated those artifacts for them too.

How sadly lacking are these women in their Jewish education if they cannot generate the proper feelings for prayer that millions of women over the millennia have had without those artifacts.

I can’t predict the future. But my guess is that this type of thing is so out of the mainstream that it will not stand the test of time and eventually go the way of the Dodo Bird. I have to ask, how many religious women of any denomination would opt for this method of prayer?

Which is why I have been saying that we should just ignore them. Yes they are somewhat disruptive and annoying in their once a month appearance. But it is my true belief that this monthly occurrence will not last in perpetuity. It will fizzle out.

If the Charedi world will let it.

But they apparently refuse to let it happen. They have instead declared war on these women… and insist on making a public spectacle out of it. They are going to once again show up in massive numbers at the Kotel this Sunday to pray. The claim is that they just want to show how many people do not approve of WoW’s behavior and also to physically crowd them out. The JerusalemPost quotes the Yated Ne’eman who put it this way:

“A mass prayer service will be conducted at the Western Wall in order to express the outcry of faithful Judaism against the severe injury to the holiest and most beloved place of all of the Jewish people, and in so doing to declare… that the Jewish world will not be quiet and will not be reconciled to the humiliating conspiracy to turn the remnant of our holy sanctuary into a Reform temple and a media spectacle, God forbid,”

And then they said the following:

“(Worshipers) are requested not to be dragged along after the provocations whose only purpose is to harm the community of worshipers, and to behave according to the path of the holy Torah and to sanctify God’s name.

First they approve of theYated making a provocative statement  like calling WoW’s actions a ‘humiliating conspiracy’ and then they expect protesters not to get violent. They have even asked that only married Yeshiva students should come in order to minimize the potential for physical conflict.

Sure… That’ll work! The same way it did last time they called for peaceful prayer. Which was last month.  Need I remind anyone how well that turned out for them?
I hope I’m wrong. I hope that this will turn out to be as peaceful as the organizers hope it will be. Perhaps there will even be members of WoW that will be inspired by such a massive turnout for prayer and join them. Perhaps there will be no violence or shouting names at the Women of the Wall. But I am not going to hold my breath. I tend to look at history and learn from it. 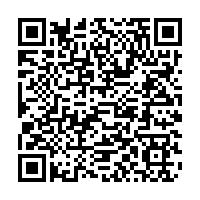