This evening we celebrate Shemini Atzeres and Simchas Torah. In Israel there is only one day of Yom Tov for both. Unless you happen to be a foreigner here.  Which I am. By foreigner I mean that I live outside of Israel and am here only on a visit. So I am required to keep 2 days of Yom Tov instead of one.  The second day is called Yom Tov Sheni Shel Galios.

Simchas Torah is a wonderful time of year. In the evening we celebrate the end of the annual Torah reading cycle with singing and dancing known as Hakafos.  In the morning we do it again. After which we read the last Parsha of Sefer Devorim, V’Zos HaBracha. Usually more than once in order to call up to the Torah (give an Aliyah to) all those present. Even children. We then start Bereishis anew.

I get to do this twice. I do not enjoy the second Simchas Torah at all.

I have this problem every year. After a joyous Simchas Torah celebration with my family on the first day of Yom Tov I find the second day to be an afterthought  and even a burden. Not very much fun to say the least.

For people who live here – it is a weekday. They drive. They listen to music. They use telephones and computers.  All while I am in Shul with a bunch of strangers whose only commonality is that we don’t live here.

The reason we celebrate 2 days is because of something called Sefeika D’Yoma. Before our Jewish lunar calendar was fixed, dates were determined by when the new moon began. This had to be witnessed and attested to in Beis Din. They would then spread the correct date of the new moon throughout Israel. That news would reach all of Israel long before Yom Tov. But it took longer to reach the Diaspora.  Which made the date of Yom Tov uncertain. Since we weren’t sure when Yom Tov actually began – we celebrate two days. (For reasons beyond the scope of the post it can only be off by one day.)

We now have a fixed calendar and there is no longer any doubt about which day Yom Tov begins.  Nevertheless we continue to celebrate two days because that is the custom that Chazal established during an era when it was needed. This is called Minhag Avoseinu B’Yodenu. We cannot change the Minhag.

The problem is that this extra day applies to foreigners (like me) even when we happen to be in Israel for Yom Tov.

But not everyone follows this Minhag. Chabad, for example, only observes one day in the spirit of “When in Rome – do as the Romans do.”  But most of the rest of Orthodox Jewish foreigners in Israel observe two days.

I know that there are other people that also just observe one day of Yom Tov in Israel. But I am not one of them. My family Minhag is to observe two days. But the truth is… I think that the Chacham Tzvi and Chabad got this one right. It makes no sense to me for anyone to observe 2 days of Yom Tov in Israel – even if he is not resident there. But… it’s not my call.

Just thought I’d mention it and get it off my chest. Again. 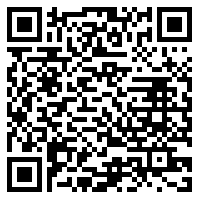