The annual February 10th rallies marking the 38th anniversary of the victory of the Islamic Revolution have attracted millions in the capital city of Tehran and in other cities across the country, Fars reported. On this day 38 years ago, Iranians from all walks of life took to the streets to cheer the collapse of the Pahlavi Dynasty and the emergence of the new era. Then, within one year, extremists Mullahs took over control of the country, jailed and murdered their opponents and launched the truly new era, complete with rivers of blood, public hangings, international terrorism and nuclear threats.


According to media reports, the demonstrators carried pictures of US President Trump with his head in a noose. Indeed, according to Farse, Iranian Supreme Leader Ayatollah Seyed Ali Khamenei encouraged people to “give a crushing response to the recent threats of US President Donald Trump by staging massive rallies even larger than ever.”

Trump complained last Sunday that Iran “lost respect” for the US in the wake of the 2015 nuclear deal between Tehran and the world powers, and that it now feels “emboldened” by the agreement. He stressed that “all options are still on the table,” meaning, obviously, including military action against Iran – except that shortly thereafter the president insisted he did not mean to threaten Tehran militarily.

All of that followed Trump’s national security adviser Michael Flynn’s comments last week that Iran is now formally “on notice” over its illegal testing of a ballistic missile. 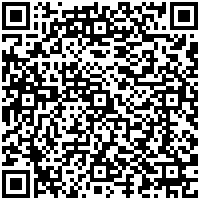