Even as a child, Lt. Tzachi Mizrachi aspired to succeed in everything he did. Throughout his life, his determination and commitment to others resulted in outstanding accomplishments. Tragically, these same qualities led to his unexpected death at age 20, when he was killed while trying to assist his fellow soldiers.

“He was always an amazing kid,” says Sima Mizrachi, the mother of fallen IDF soldier Tzachi Mizrachi.  “He was always willing to help others, to volunteer. It started when he joined the [Israel] Scouts and became a counselor. He loved it there, and it became his second home. He also volunteered in the community’s civil police force and at Hadassah Hospital.”


By the time he was a teenager, Tzachi was already self sufficient. He spent his summers selling school books and investing his profits in the stock market. As he balanced work with school and helping others, Tzachi also found time for sports. He was a very gifted basketball player, and even considered a professional career. But among all of his interests, there was one that was especially important to him: his service in the Israeli military.

Tzachi wanted to serve as a commando in the Israeli Navy, but joined an elite intelligence unit specializing in combat missions along the Lebanon border. In this unit, he met Col. Tal Braun, a commander who would accompany Tzachi throughout his IDF service.

Tzachi with the red car he bought at age 18

Col. Braun, who today serves in the Intelligence Corps, remembers the day when the worst happened. “There is always a risk,” he explains. “When you experience the reality of being near the border of Lebanon every day, you understand your life is at risk.”

Tzachi was on his way back from visiting soldiers on the road leading from Marj Aiyun to the Israeli side of Metula, where Hezbollah terrorists had placed explosives. There were serious injuries after the first vehicle in Tzachi’s convoy was hit. Tzachi ran to the vehicle to rescue his friends, but the terrorists suddenly activated a second explosive, killing Tzachi along with three other soldiers and officers.

“Even in his final act, he demonstrated values of friendship and commitment,” Col. Braun says of Tzachi. “He was always first, even this time.”

“As a commander, I was struck. I still remember arriving at the family’s house. The very first thing that Jacob [Tzachi’s father] told me was to sit down and eat.” Col. Braun says. “From that moment, it was clear to me that Sima and Jacob would become like parents to me,” he continues. 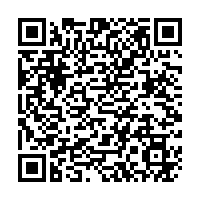