Every year the moment comes when sadness and happiness have a strange meeting. I ask: Have I mourned enough for those who have sacrificed their lives? What is the width of the line that separates Israel’s Memorial Day and the Jewish State’s Independence Day?

In Israel, two special days take place one after the other – the very second that Memorial Day comes to an end, Israel Independence Day begins. It often feels as though there isn’t enough time to feel the sadness of Israel’s Memorial day–Yom Hazikaron, yet the celebrations of Independence day have already begun. Sometimes there is a inner-conflict in which the feelings of sadness have already faded and there is a restless wait until the celebrations begin.


This year, I experience this transition as a soldier for the first time. I joined the army just a few months ago, and am still trying to figure out how to carry the huge responsibility of protecting my family and country. Today, two contrasting moments come together and for me, raise many questions.

Why would someone make the decision to put these days together? I think that maybe it’s because it is the only way to really recognize why Israel is so precious to the Jewish people. The two days complete each other–the happiness rising from the grief.

Many times in life, you can only reach the top after you’ve been in the lowest place. My mother said to me once, “You can only become a complete person once you’ve had your heart broken in two.” That’s exactly the contrast I’m talking about–the juxtaposition of pain and joy – when remembrance becomes happiness. These days can only come together.

Now that I am part of IDF, I feel even stronger my personal connection to those fallen soldiers. They were mostly young soldiers just like I am and that realization is quieting. In their death, these soldiers pass on the heritage of loyalty and pride in the values of the IDF. I owe my life to them. We all do. These soldiers have motivated me to build a better future for Israel.

And here I am. With pride I bear my heritage. Now I’m the soldier who is defending Israel. I’m one of those who look after my nation. Now it is me who carries the responsibility on my own shoulders.

Israel Independence Day for me is pride in living. Here is the only place in the world where being a Jew is normal. We are living by our own rules, under our own principles and beliefs, not dependent on anyone else–that’s what it means to be independent. If those soldiers hadn’t fought and died with bravery, the present would be completely different. We wouldn’t have a reason to celebrate the great gift that they’ve given us. A dream of 2000 years that the Jewish people hoped would come true. This is the gift of Israel’s fallen soldiers, and this is why on Israel Independence Day–we celebrate! 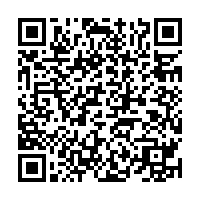