Tuesday, April 8, at the INSS (Institute for national security studies) in Tel Aviv, the head of the IDF Telecommunications Branch, Maj. Gen. Uzi Moshkovitz, spoke about the current and future states of cyber warfare and cyber defense. What follows is the speech he gave.


“When we look at data centers and information systems, they are basically entirely located in the cyber dimension. Everything can be attacked potentially. Everything is cyber.”

“Everything in this cyber dimension is new, dynamic and volatile. I’m going to talk about the defensive side.”

“The most important thing to us is human capital. Everything within the cyber domain relies upon the strength of our personnel. Therefore, we must restructure our education system. The main tools of cyber defense are not the switches, routers, or operating systems, but rather the cyber defenders themselves.”

“Cyber warfare vs. air warfare – this is an inevitable comparison. Let’s look at history of air warfare between 1917 to 1939, right up to the beginning of World War II. During the last two years of WWI, air warfare was pretty much nonexistent. Twenty years later we had the Luftwaffe, the RAF (German and British air forces), which were highly influential factors.”

Moreover, this was almost a hundred ago, when the pace of technological advancement was not as rapid as what we are witnessing today. We can only imagine where the cyber dimension is heading in the coming decades.”

The rise of cyber warfare

“Why is the cyber domain so attractive? It influences everything – intelligence organizations are on a quest for the enemy’s secrets. During the last 35 years, all of our secrets and the enemy’s secrets have been stored inside computers. This makes the use of the cyber attacks obvious.

If we look upon psychological warfare and social media – this is about controlling people by controlling the internet. If we look at the Arab Spring, which erupted 3 years ago, it was solely initiated and propagated through social media. This is how people are controlled nowadays.”

The easy development of cyber warfare

“Let’s say you’re a nation and you develop ballistic capabilities or even intercontinental ballistic missiles. You have to have a very good engineering infrastructure and lots of money. If you’re lucky enough to have resources, it will take you a few years to have this capability.”

“On the hand, look at the cyber domain – if a nation wants to go from number 7 or 8 to number 2 or 3, it’s much easier. They will have almost no dependence on physical matters – they only need the the human capital. The cyber force buildup is very very cheap.

To attack a computer or a computer network that’s a mile away from you or 15,000 miles away from you – it’s basically the same. In the cyber domain, the physical distance between hostile parties has basically no importance, though this is a bit simplistic.”

“Our understanding is rapidly changing. Basic computers now control our water, our energy resources, and our transportation systems. The grid has now much wider and deeper significance than it had a few years ago. Say a stock exchange site goes down once a month – what does it do for the site’s credibility?”

“Yesterday we had an attack [OpIsrael] that we were aware of and able to defend against. This is not what we fear. We fear the attacks we don’t know about. We fear the enemies that have stabilized themselves within our networks of which we are unaware. Now, a party can be under attack and be totally unaware–this is different from classic warfare. Who attacked Georgia and Estonia a couple of years ago? We still do not know.” 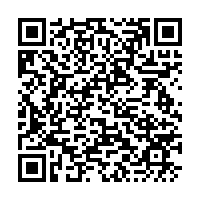