Editor’s Note: This article was originally posted in 2019. Due to the tragic and vulgar attack on the Tomb of Yosef in Shechem, it is appropriate to share it once again.


When people think of visiting Israel, few consider going to Hebron. The city is depicted as contentious, dangerous and unpleasant. It is associated with “Occupation,” poverty and apartheid. Who would want to go there? Even most Israelis don’t consider Hebron a place they would want to visit, much less live.

This reality ironic, considering the profound significance of this unique city.

Other nations have monuments and even mausoleums of their founding fathers. Can you think of any who have the mothers of their nation given the same amount of focus and respect? The founding fathers of America are perhaps the most famous group of men to be given that title – brilliant men who joined together to lay the guidelines for building a successful new nation. They were united by an idea. The patriarchs and matriarchs of Israel are united by family.

How many people know exactly where there great great grandparents are buried? Abraham bought the Cave of Machpela and surrounding field as a burial site for his wife Sarah 3,800 years ago. Since then Jews have not always been free to visit but we have always known that the parents of our People are buried there.

Jews were in Hebron even before Jews were in Jerusalem. Our first tie to this land is through family, even before taking on the law of God as a Nation, even before building the Temple and having a physical place where the People could visit the House of God on earth.

And perhaps the most critical element of this story is that although Abraham was offered the Machpela Cave as a gift, he refused, insisting on buying the field and the cave within it. This is land purchase is the first legal connection of the Nation of Israel to the Land of Israel – all of the land was later granted to the People by God but that is predated by the legal financial transaction between men.

Could it have been foreseen that foreigners would declare that the Nation of Israel usurped the Land, that we are “Occupiers”? There are three critical pieces of land whose purchase was documented in the ancient texts. Interestingly the enemies of Israel are most adamant in declaring that we have no connection to any of these:

These questions are crucial to ask:

Why do you think the enemies of Israel are most adamant about these three locations?

Why are there so many fights in the UN to pass resolutions denying Jewish connection to Jerusalem?

Why have the Arabs changed the ancient name of Shechem to Nablus, declaring that theirs is the “real” name of the city and Jews have no right to pray at Joseph’s Tomb (Jews who want to pray there have to do so with IDF escorts for fear of being lynched). Most of Israel’s cities have the same names in Hebrew and in Arabic, signifying their Hebrew origin. Why do Shechem, Hebron and Jerusalem have different names?

Why do organizations like “Breaking the Silence” spend so much money and effort to convince the world that Hebron is a place of Jewish “occupation” and Israeli apartheid against Arabs?

Why do so few people go to actually see for themselves what is real and what is not? These organizations deviously take kernels of truth and build fantastic lies around them, creating a narrative that is completely disconnected from reality. For example, the selective footage shown of Hebron is usually of 600 meters of a kilometer-long road that is blocked off to Arabs (because too many Jews were murdered there). There is no mention that the Arabs who own the stores that were shut down on that section of the road still live in the buildings above the shops and that they simply leave their homes from the other direction, on to a parallel street. The Arabs are depicted as trapped in poverty because of this situation and no mention is made of the fact the Jewish population cannot enter 97% of the city where the Arab population runs a booming economy. No one mentions the apartment buildings, streets full of cars or the luxurious malls where you can shop – as long as you aren’t Jewish.

Walking the streets of Jewish Hebron is a very different experience than what is portrayed by the media. Yes there are soldiers on guard. Too many Jews have been murdered for there not to be. There are also commemorative plaques in places where citizens were murdered.

There are areas where there are few people and closed shops but that does not convey the reality of Jewish life in the city of our ancestors.

Heroes walk the streets of Hebron.

They are men and women who lived through periods of daily sniper attacks – and still went and played outside with their kids. They are mothers and fathers who, although they owned the property, were not allowed to build homes suitable to the size of their families – so they made their small homes warm and beautiful knowing that lack of space would teach their children to learn how to share better. They are people determined to live, love, laugh and be as close to normal as possible in a place that is far from normal.

Most of all they are parents who brought free and fresh Hebrews into the world. Jewish children who know no other reality than growing strong in their ancestral homeland.

The modern day Hebrews of Hebron live across from (and above) an archeological dig which has uncovered 4,000 year old artifacts, including an Israelite house dating, 2,700 years old where there were seals bearing the impression of a bird, or a beetle, with the word “LeMelech Hebron” meaning “belonging to the King, Hebron” in paleo-Hebrew.

Were the ancient Hebrews of Hebron to suddenly appear, they would find their descendants living in their neighborhood, speaking the same language, connected to the same values.

This is what it means to be an indigenous People, returned to our ancestral homeland.

* All photos courtesy of the author 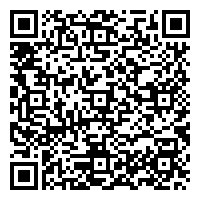