Former mayor of Miami Beach and state judge Norman Ciment has always been enterprising and philanthropic. As the first Orthodox mayor of a major U.S. city, he built an eruv in 1982 that allowed thousands of Jews to come to the city and attend synagogue on Shabbat while wheeling their children in carriages and carrying their bags and talleisim. Ciment was president of Miami Beach’s Rabbi Alexander S. Gross Hebrew Academy from 1974-1977 and is also a former trial attorney and realtor. He visited Israel for the first time after graduating from law school in 1962 and fell in love with the country and its history.

In 2001, after a series of deadly terror attacks in Israel, stores on Ben Yehuda Street and Jaffa Road plunged into bankruptcy. People were scared, injured and in mourning and no one wanted to shop there anymore. As an incentive to draw people back to these businesses, Ciment and his three sons started giving struggling store and restaurant owners cash for a greater exchange of coupons. They then visited victims of the attacks in hospitals and gifted them the coupons. Ciment has also been purchasing stoves and refrigerators for 40 to 50 needy Israeli families each year for the last 12 years, since government assistance does not include subsidies for home appliances. The names of these families are given to him from the welfare department and former mayors of Jerusalem and Sderot. Philanthropic donations are made through his foundation, the Norman and Joan Ciment Foundation.

Ciment’s most recent endeavor has been to implement an educational initiative designed specifically for charedi individuals, who comprise 12.6 percent of Israel’s population. Ciment told The Jewish Press, “Many of them don’t work. They study in the yeshivas; they live at poverty level….” He added, “A lot of them are very, very smart because in order to study the Talmud and the Torah, you’ve got to be smart.”

When Ciment was president of the Rabbi Alexander S. Gross Hebrew Academy, he instituted the Jack and Regina Ciment Computer Center to prepare students for careers in science and technology. He thought the charedi community could greatly benefit from this type of instruction, so he approached directors at Amit, the top educational network in Israel with over 44,000 attending students, about setting up a program for them. Ciment had donated computers to the Amit School for Girls in Ra’anana several years before. He explained, “We told Amit, ‘We’ll give you the money to create a computer school, but only for charedim and only for those who will agree to serve in non-combat units in the IDF’ – and they agreed to create the school.” His cousin, Dr. Lawrence Ciment, a pulmonologist at Mount Sinai Medical Center in Miami Beach, facilitated this initiative with Amit.

Ciment emphasized that in the school there is a balance between religious and vocational learning and that the charedim remain separate from the non-charedi community. He stated: “The way it works with Amit – which is brilliant – they learn half a day computers and half a day Torah, or they can learn three days computers and two full days Torah. So the rabbis see that their students are not lost to learning Torah and the students themselves want to learn Torah. They remain part of the religious charedi community.”

In three years, the school, which has a high school and junior college program, has become an unprecedented success. Forty-five charedi students graduated last year, 60 percent of whom went into the IDF, mostly in the Computer and IT Directorate, and the other 40 percent in the Air Force. Ciment said the Air Force was so thrilled with how skilled the charedi students were in creating new technology, software and algorithms that they asked the Ministry of Defense and the Ministry of Education for additional tuition funding, which they agreed to. As a result, 135 new charedi students are enrolled this year at the school’s Petah Tikva campus. The city’s municipality recently granted them land, where more classrooms and dormitories will be built.

Ciment explained, “It’s working better than anyone ever expected… Instead of living on subsidies, they’re going to make income for their families.” He continued, “After they graduate from the IDF, some of them can go to college and get degrees in computer science, others can become computer programmers and technicians or hackers. They can go into engineering, mechanical repair for airplanes, automobiles, TV, radio, etc. Can you imagine the possibilities if 25,000 or more charedim were enrolled in this school? Their standard of living would improve overnight.”

This program has the potential to transform not only the lives of charedim, but also the climate of the IDF and the economy of Israel. Focusing on the future, Ciment said, “Many girls are smarter than the boys when it comes to computer technology. We’re going to attack that next.” 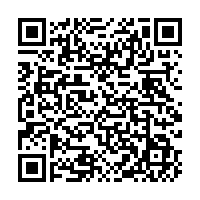