There is a new Muslim enemy in town and they are called ISIS! While many Muslims are trying to blame everyone under the sun for this fanatic and barbaric terror organization that tortures, beheads and beats anyone who disagrees with their Islamic view, ISIS is a fanatic ISLAMIC based terror organization.


Any Muslim who blames ISIS’s behavior on America, Israel or anyone else when ISIS is force converting Christians to Islam and then beheading them is losing face with me as moderate Muslims.

We in Israel faced the same fanatic Islamic ideology just over a month ago when we were forced to react to 15,000 missiles fired at Israel from Gaza. Hamas, who is currently governing Gaza, is another Islamic terror organization that does not take into account basic morality. They do not care who or how they murder and they put their own children in danger in order to gain PR points in the international community. READ ALSO: Why Children Die In Gaza

Sorry about that, I got side tracked, back to ISIS. The only difference between ISIS and Hamas is, Hamas is in Israel’s backyard while ISIS is of no immediate threat to the United States of America.

Both target and murder innocent people, both are driven by Islamic fanaticism and neither of them take into account the consequence of their actions beyond the 72 virgins. Both understand human compassion and use their own children and women in order to win over public opinion.

So far, Obama has done nothing. He has hesitated as ISIS beheaded American citizens and he is still hesitating as they charge through countries, murdering and growing by the day. Israel waited 9 years before reacting to Hamas missile fire and when we finally did go in, we found an underground tunnel system that was designed for a major infiltration into Israel. The longer one waits with these extreme Islamic terrorists, the worse the outcome will be.

Every now and then comes someone who articulates clearly what is really happening. There has been so much propaganda going around that when the clear voice of reason speaks, it is like a breath of fresh air. Alan Dershowitz was recently interviewed on CNN and explains with perfect clarity why Obama should speak to Netanyahu before taking on ISIS.

ROSH HASHANAH IDF CAMPAIGN The Jewish NewYear (Rosh Hashanah) will be celebrated this week. While most Jews will be home celebrating, men and women of the IDF will be on duty. To show appreciation to those soldiers I will be delivering waterpacks to at least 200 soldiers that will not be home for the holiday. We are still missing some sponsors so please help make this happen! Each pack cost $25 so sponsor 1 soldier, 10 or a full unit! DONATE—>QUENCH A SOLDIER FOR ROSH HASHANAH! 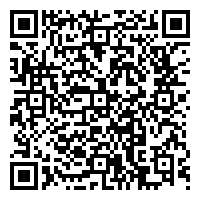