Lady Gaga received assurances from the White House before she traveled to Tel Aviv for her performance earlier this month, she told the Associated Press in an interview.

Either she never heard of the Boycott Israel movement, a virtual impossibility, or she simply showed great political savvy by ignoring the issue when asked in the interview, “Other singers have backed out of performing in Tel Aviv. How did you make the decision to perform there this week?”


Lady Gaga didn’t miss a beat and responded as if the interviewer asked if it was safe to be in Israel only a few days after an uncertain end to the war in Gaza.

“I was very confident based on my relationships with lots of internal, political people,” she answered.” We’re very lucky to have great relationships with the White House. They let us know it would be very safe while we were there.”

Lady Gaga and President Obama have a solid political relationship based on a politician’s best friend – money.

They met at a fundraiser in 2011 where approximately 70 guests paid the privilege to attend to the tune of $38,500 per couple.

She was her usual gutsy self, having tweeted before the event that she intended to raise the issue of bullying when she would meet the president.

“I am meeting with our President. I will not stop fighting. This must end. Our generation has the power to end it. Trend it #MakeALawForJamey,” the singer tweeted.

Obama reportedly spoke to her of his administration’s work against the practice of bullying, and he later commented that his meeting with her was a little intimidating.”

If that is the case, Israel can learn from Lady Gaga how to deal with Obama and with has become his legendary pressure on Prime Minister Binyamin Netanyahu to toe his line.

After having performed at Obama’s second inaugural in 2012, she has an inside track to the White House.

With a war going in Gaza and missiles exploding over the skies of Tel Aviv, Lady Gaga had reservations about her life and turned to the White House for assurances, that presumably precluded any pressure by the White House on Netanyahu to stop funding for the Iron Dome anti-missile system for Israel is he did not soften up on a cease-fire.

Now we know that Lady Gaga should be Israel’s ambassador to the United States.

Np one could have spoken for Israel as well as she did after her performance. She told the Associated Press that she hoped “to share…with the world…that they know it is safe to be in Tel Aviv right now…I felt a beautiful energy when I was there.”

Next time there is a war, which is more likely to happen if and when there is a formal cease-fire with Hamas, Israel should pay Lady Gag to return for a performance in Sderot. Obama will make sure the Negev is safe, at least for a couple of hours while Lady Gaga performs.

Below are Lady Gaga’s performance at his inaugural and a spoof YouTube of a supposed rendition by Obama of her “Do What U Want.” 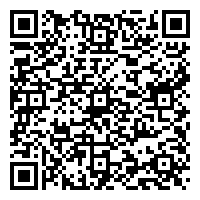