This morning two Muslim terrorists entered a Synagogue/Yeshiva (school for religious study) and while Jews were praying they hacked 5 Jews to death with axes and knives.

The Ultra Orthodox population are exempt from IDF service so that they can spend their days studying Torah and this is who the two barbaric Muslim terrorists murdered this morning in a peaceful neighborhood in Jerusalem.

Hamas has called this morning’s terrorist attack a “Heroic act” and Abu Mazen, Israel’s peace partner, said nothing! CNN almost reported the attack but left the story as a supposed “Terror Attack”

Unfortunately, official news channels like CNN have chosen to support Islamic terror under the facade of an underdog. This is exactly the fuel radical Muslims use to sink their claws into the United States of America, England, France and the rest of the free world. My grandfather used to say, “When you’re too open-minded, your brains fall out!”

It is time the leaders in Israel and the world realize this has nothing to do with settlements or the Temple Mount or a fake claim of occupation and everything to do with radical Islamic barbarism!

May God avenge the blood of those who were murdered and give our leaders the courage to fight Islamic terror and the brains NOT to make any more deals with them!

Sign the petition–> I SUPPORT ISRAEL’S RIGHT TO DEFEND ITSELF!

The pictures of the Jews who were murdered still their prayer shawls is very harsh. I personally believe they should be published but in order not to offend anyone I am not adding them to the blog. If you want the pictures they can be found HERE. 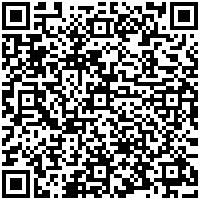