It’s my second batch so far, and all I can say is I’m frustrated beyond belief, because there’s so much good, zesty stuff out there in Jewblogia, and I only get an hour or two to look for the best. For sure I missed great pearls today, and if you want to help me correct this inequity, a.) start a new blog against me, and, 2.) send me da links. I want my links to your work. Trip well, cruise safely, it should all be G rated, maybe PG-13, max.

Actually, this funny ladyposted last Shabbat, but I’m a slow woman in my mid life, so on occasion the pigeon gets here late. But not too late to recognize a funny, funny concept.

I don’t want to copy and paste too much, cuz I hate it when others do it to me, but her first advise is sooo on the money:

“Throw back shots of whiskey.”

Do you want to do cigarettes, too? Don’t know, not sure it’s worth it. But as non-verbal communications go, it probably works.

Public Breastfeeding, Discuss Amongst Yourselves

Hannah Katsman, A Mother in Israel, bravely takes on the oldest public debate in human history (Eve’le, must you do it here? What if people show up? – What people? It’s just us, Adam). Almost 100 readers are in on the debate so far. basically, she wants to know:

She writes: “Seeing a mother breastfeeding, even if nothing shows, makes some people uncomfortable. That feeling is unlikely to change, at least in the short term. I believe this happens when people grow up without seeing breastfeeding as part of daily life.  Our culture associates breasts with sex, not with feeding babies.”

You can see the debate erupting already, right? Well, you’re right. Tell her you found her here and that she shouldn’t be a stranger.

Canadian’s Hasidic Bootleggers – or: You Learn a Lot on the Internet

David Sugarman describes his adventures in search of quality kosher wine in Montreal – where you wouldn’t think wine would be a problem, right?

So after he looks around and finds only two varieties of Kedem on the shelves, a guy sends him to a synagogue, where, after a short interrogation, a hasidic man leads him into “the side entrance, through several doors and hallways, and down into a basement filled with empty wooden wine crates.”

Sugarman continues: “I waited for a few minutes until a different man brought me through one last door, into a small room crowded with Hasidic men. Lining the wall was the single best selection of kosher wine I’d ever seen. ‘Can I make a recommendation?’ the shop-keep asked and held out a nice-looking Cabernet.”

Read the entire entry, it is absolutely delightful, and includes police raids and other adventures.

Putting their Money Where their Eyes Are

Emes Ve-Emuna’s Harry Maryles is investing a lot of meditation time into the question of what exactly bothers him about the Haredi “Antinet” assembly at CitiField May 20.

” There was something very troubling to me about it. But although I was dancing around it, I couldn’t quite put my finger on exactly why,” he writes. “How could this be a bad thing? After all the purpose is a good one. The internet has its dangers. Everyone agrees with that. There are things that can be done to counteract those dangers. And the fact that the right wing has finally come around to accepting the reality that they will never be able to ban it is a step in the right direction.  And isn’t Achdus a good thing?”

It finally comes to him: “It is the idea that a group is spending in excess of a million dollars to hold this event – the purpose of which is to tell us what we already know. And then suggest that this is a uniting moment.”

Very well thought out piece, plus a great online debate – by the time I visited there were 50 comments already. Say hi for me.

Thank You for Setting the Record Straight!

Olmert told CNN’s Christiane Amanpour, “The Iranian regime has not gone beyond a certain line of developing (its) nuclear program. That shows that they are at least thoughtful, which means that they are not rushing, but they are calculating their steps – being aware of the possible ramifications of what they do to Iran itself – which is what we want them to understand.”

To which Yoni the Blogger (his blog is called Daf Yoni) reacts, possibly in the name of hundreds of thousands of us: “This is from the man that not only is a criminal, in several different ways. The first and most important is a tie, the retreat from Gaza and the Second Lebanon war. How many Jewish lives has Olmert destroyed?”

If you answered “Many,” you win first prize.

This is a little convoluted and will require a lot of online reading, but if you’re sitting there with a just-unwrapped sandwich and are looking for something to keep your interest while you’re chewing, do visit Rosner’s Domain for two items.

First, read his April 25 note on Paul Krugman’s review of Peter Beinart’s book (“The Crisis of Zionism,” which Krugman said was a brave book, because Beinart had opened himself up to “intense attack from organized groups that try to ‎make any criticism of Israeli policies tantamount to anti-Semitism.”

Rosener posted seven poignant points in response to the Krugman item, which you should read before you move on to Rosener’s latest entry, “Krugman’s bravery, second round,” in which he is responding to critics of his original item, because it “made some ‎waves, some understandable and expected, some the result of ‎misreading or misunderstanding.”

The reason I enjoyed both pieces is Rosener moderate style – I can just imagine him in person, speaking slowly and clearly, so no one misunderstands him, then seeing how everyone misunderstood him. It’s a blogger’s plight in life, I guess.

Thank you, Ymedad, for the translation of a 1998 interview in Ha’aretz with the recently departed father of Israel’s Prime Minister, the late Prof. Ben Zion Netanyahu. As the blogger puts it, “Netanyahu was quite explicit about his thinking on  a so-called ‘Palestinian Arab people.'”

The short item starts with: “I do not think that those Arabs referring to themselves as Palestinians possess a right to a state.  For me it is quite clear that there is no such thing as a Palestinian people.”

Go see the rest and leave a comment. It’s not a bad idea to support folks who quote and upload the unconventional truth.

My policy is that I won’t steal good, punchy stuff from a blogger, but would instead encourage you guys to click over and look for yourselves.

This might be the funniest Jewish anti-Obama cartoon, titled: “Obama’s Reagan moment.” And, as always, if you’ve seen it before elsewhere – bad on you for not sending it to Tibbi. Either way, I win. 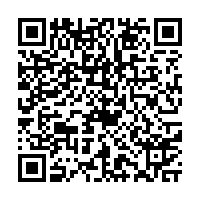