Throughout history political systems have come to an end when citizens of countries lose faith in them. The state of Israel has not had to face this situation in the extreme, but it has been challenged by so-called “post-Zionism.” Among the themes derogatory towards Israel are that Zionism — the movement of Jewish self-determination which led to the establishment of the state of Israel — is a colonial enterprise; that a Jewish state is by nature undemocratic; that it is basically immoral as it was founded on the domination, or even the ouster — by force and other means — of another people; that the creation of Israel caused a catastrophe for Palestinian Arabs; that Israeli occupation of disputed territory is a violation of human rights; that Israel is an imperialistic power and a threat to world peace.

This criticism is deficient in many respects. It is a quaintly insular view of Israel — a country in a world of globalization and complex interdependence, confronted by continual hatred so that it must always be prepared to defend itself. Its proponents are singularly naïve in their expectations of a perfect social and politically egalitarian, secular society, and are guilty of prejudice against devout religious believers in a way they are not toward followers of other faiths. Moreover, these critics misunderstand Zionism, a word coined by Nathan Birnbaum in 1891, which in fact includes a pluralistic variety of approaches.

What particular aspects of the different views of Zionism are unacceptable to the critics? Do they want to eliminate the state of Israel? Proponents of Zionism saw that Jews in the Diaspora had been excluded from world history, and so believed it was necessary to establish a state for the Jewish people as a national unit. The Israeli Declaration of Independence speaks of “the natural right of the Jewish people to be masters of their own fate like other nations.” Advocates varied about the solution: “territorialists” wanted any suitable areas including Uganda where persecuted Jews might go; others demanded a state in Palestine or Eretz Israel [the Biblical Land of Israel]; practical Zionists proposed settlements; others urged a solution by political and diplomatic means; socialists disputed with the political right; nationalists disagreed with internationalists, and the religious coexisted with the free-thinkers.

The post-Zionists argue that Zionism is a colonialist concept essentially founded on injustice towards the local Arabs, and that the differences in Israel now in status, income, and rights between Jews and Israeli Arabs means that the state is therefore undemocratic. The logical conclusion for these critics would be that Israel would be more democratic if it were less Jewish. Herzl and many others would have disagreed with this conclusion. He wrote in his diary in1895 that Jewish settlement would bring immediate benefits to the land, and that “we shall respectfully tolerate persons of other faiths and protect their property, their honor, and their freedom with the harshest means of coercion.”

The fundamental external reality — which seems to escape those who challenge the legitimacy of Israel — is that many Arab countries and Palestinians, having warred and engaged in constant hostility, still refuse to recognize Israel’s legitimacy. Necessarily, security is vital; the problem is to what extent should this interfere with Arab claims to the land and rights? The present mainstream view is that a secure Israel is better than a territorially extended one.

Certainly a variety of opinions exist within Israel on the nature of the economy and the free market, on the cultural identities that make up the mosaic of its society, and on the inequalities both within the Jewish community and between Jews and non-Jews. But to conclude that Zionism is a colonialist or racist movement is to go far beyond rational analysis, and to touch on the periphery of antisemitism.

Although attitudes toward the Arabs in the territory differ, there has never been any official policy to expel them from the territory. In spite of this, Israel’s critics persist in the allegation that Zionism has promoted this view. They are mistaken in this belief as they are in their aversion to the exercise of Israeli power to defend itself, while at the same time shirking any realistic alternative proposals.

The main assertions of critics are that Israel is too nationalistic — that it should no longer be a Jewish state but rather a democratic one, implying an incompatibility between the two; and that Israel should end its occupation of captured territory, even as it stands threatened by many countries that have repeatedly announced they would like to displace it. These critics also conveniently ignore the continual Arab rejection of any compromise solution to the conflict and their repeated rejection of all partition proposals and resolutions. Post-Zionism tends to become anti-Zionism — the denial that Israel has a legitimate right to exist but comfortable with the right to exist of other newly-created states, such as Moldova, or Bangladesh. 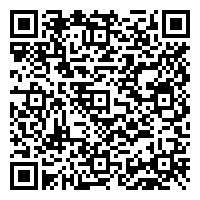