Not related to the image above which is just my treat to you, the same-sex story reminds me of the joke about a guy sitting in the park, starting a light chat with a young woman. After a while, the conversation kind of dies down and the two drift into silence.

So the young woman says to the young man, What are you thinking about?

So he answers, Probably the same thing you’re thinking about…

So she gets up, says, Never seen such a rude person in my life, and walks away in a huff.

You know what I’m talking about!

First, AD brings a You Tube clip, which is a Boycott Israel package, with the accompanying text: “SodaStream promotes itself as an environmentally friendly and cost-effective alternative to buying soda. But SodaStream is produced in an illegal settlement on stolen Palestinian land with exploited Palestinian labor. Moreover, Israeli settlement industries regularly dump toxic waste into the land and water of nearby villages.”

Now, enjoy this. If you like, go to Dave’s blog for the BDS clip. It’s fun, I promise.

BDS Fail Of The Day SodaStream International Ltd. surged the most on record in New York after the Israeli maker of soda machines said it will roll out its products at Wal-Mart Stores Inc. in the U.S. by the end of May.

SodaStream’s first-quarter profit rose to 55 cents per share in the first quarter from 35 cents a year ago, beating the 44-cent median estimate of seven analysts surveyed by Bloomberg. Aussie Dave, Israellycool

For openers, the Jewish Dems were ecstatic:

Jewish Dems Laud Obama’s Support for Marriage Equality “On behalf of NJDC’s board, staff, and membership, I am pleased that the President has made a decisive statement in support of marriage equality,” said NJDC Chair Marc R. Stanley. “From working to end the discriminatory ‘Don’t Ask, Don’t Tell’ policy to ending the Federal Government’s defense of the unjust Defense of Marriage Act, this President has demonstrated an unmatched record of progress in favor of equal rights for gay and lesbian Americans. President Obama has admirably continued to demonstrate the values of tikkun olam in his work to make America a better place for all Americans. I am truly proud of President Obama and know that so many others in the Jewish community share my feelings.” NJDC Blog

Agudath Israel not so much:

Agudath Israel Statement on Same-Sex Marriage A political group is entitled to its opinion, no less than a president is to his. But to imply that a religious value like “tikkun olam” – and by association, Judaism – is somehow implicated in a position like the one the president articulated, is outrageous, offensive and wrong.

We hereby state, clearly and without qualification, that the Torah forbids homosexual acts, and sanctions only the union of a man and a woman in matrimony. Avi Shafran, Cross-Currents

Who would have thunk, savvy political analysis from a blog named Daas Torah…

Obama’s “Evolving” Gay Marriage Position Officially, Obama’s position on marriage equality is “evolving”–a stock phrase intended to buy time until a hypothetical second term. By backing gay marriage, Obama would risk alienating a range of potential supporters — including older, rural populists and conservative black Christians — as well as motivating Evangelicals who remain unenthusiastic about Mitt Romney. As it stands, Obama has the support of same-sex marriage advocates even as his fuzziness frustrates them. Planting himself in the muddled middle may be an optimal political tactic. Daas Torah

Harmony among the world’s major religions over stopping gay marriages:

Vatican Rep Wants Alliance with Jews, Muslims, to Combat Gay Marriage European Catholic leaders are reaching out to other spiritual leaders, including those of the Muslim and Jewish faiths, to possibly form an alliance against the proliferation of marriage equality.

In an address to U.K. Catholic bishops, Archbishop Antonio Mennini echoed the words of Pope Benedict, urging the church to take a leadership position in fighting against marriage rights for same-sex couples, the Telegraph reports. His address comes shortly after several clerics of multiple faiths have spoken out against U.K. Equalities Minister Lynne Featherstone, who kicked off an investigation on marriage equality. Malkah Fleisher, The Jewish Press 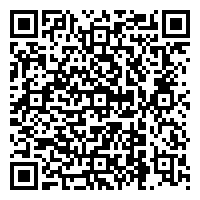