The following statement from Lawrence O’Donnell is being widely circulated on the Internet. I’m sure that most of those who read it think these are self-evident truths about history proving that Republicans and conservatives are so obviously evil that the issue is beyond reasonable debate. Such credulity in the face of the current hegemonic narrative is an accurate sign of how American history has been taught to the current generation. It also shows us why we hear the equivalent of “the science is settled” on the difference between the two currently competing views of America.

“What did liberals do that was so offensive to the Republican Party? I’ll tell you what they did. Liberals got women the right to vote. Liberals got African-Americans the right to vote. Liberals created Social Security and lifted millions of elderly people out of poverty. Liberals ended segregation. Liberals passed the Civil Rights Act, the Voting Rights Act. Liberals created Medicare. Liberals passed the Clean Air Act, the Clean Water Act. What did Conservatives do? They opposed them on every one of those things, every one. So when you try to hurl that label at my feet, ‘Liberal,’ as if it were something to be ashamed of, something dirty, something to run away from, it won’t work, because I will pick up that label and I will wear it as a badge of honor.”


This statement is well worth analyzing. Begin by noting that while this is supposedly a pro-liberal statement it is actually intended as a pro-Democratic Party statement. The message is by the “Anti-Republican Crusaders” directed explicitly against Republicans. The conflation of the accomplishments listed and the word liberal, on the one hand, and the presentation of Democratic Party as one creates considerable problems for his historical narrative.

As a side remark, I thought the word “Crusaders” was not PC. Weren’t the Crusaders supposedly aggressive, cruel bigots? What will O’Donnell’s radical Islamist allies think of this usage?

In addition, either O’Donnell doesn’t know much about American history or he thinks the American people don’t. Probably both parts of that statement are true.

I am still a registered Democrat but I’m also someone who tries to be an honest historian. The following analysis is academic – in the old sense of the word – and as balanced as I can make it.

O’Donnell’s list is the dominant narrative in America today. You will find it promoted in every mass media outlet and taught as the only possible interpretation of U.S. history in schools. How accurate is it? Well, that’s the third question that should be asked. The first two are:

–Why is it that Obama and the current radicals-pretending-to be liberals have to run on an old historical record rather than their own record in office and the current anti-liberal ideas they propound?

–Why is it that we should assume that the situation faced by America today is the same as it was in 1913 or 1933 or 1964? Perhaps more government and regulation was needed in those years but since we have had decades of more and more of these things isn’t it possible that we’ve had enough, in fact, far more than enough?

These are two questions most of the American people never see.

–Liberals got women the right to vote. Of course, the main credit belongs to the women’s suffrage movement. But which ardent supporter of that movement first introduced the nineteenth amendment in Congress? Senator Aaron Sargent who was a—wait for it—Republican from California and a conservative. The legislatures of most of the state passing the amendment were also dominated by Republicans. This was not primarily a partisan or wider ideological issue at the time because many people held views which, in today’s context, would be considered quite contradictory.

–Liberals got African-Americans the right to vote. That seem obvious but hold on and let’s look at the facts. The main opponents of civil rights were not Republicans but Southern Democrats. And since the Democratic party put its own interests above racial justice the party held back for many decades on this issue. President Woodrow Wilson was a particularly nasty racist. Most politically active African-Americans were Republicans. Only at the last moment did President Lyndon Johnson really turn around the Democratic Party and it changed course. Yet such people as Al Gore’s father and the powerful ex-Klan leader Robert Byrd continued to oppose civil rights. Liberals and Democrats deserve credit for what they did but they did far less than they claim.

I also seem to recall Abraham Lincoln freeing the slaves and Republicans creating Reconstruction while the Democrats were the party of secession, surrender to the Confederacy, the Ku Klux Klan, and Jim Crow.

Note carefully something very revealing here. Liberals “got” women and African-Americans the right to vote. I thought there were powerful grassroots’ movements that forced these changes on the Washington power brokers! Yet O’Donnell accurately reflects the profoundly patronizing attitude of today’s leftist elite toward the little people. Funny, isn’t it? A real liberal or even a historical leftist would stress the role played by the average people who courageously grouped together to bring change. This is one more indication of the isolation of the current political-intellectual ruling elite (which in many ways is profoundly reactionary) from the liberals of the past. According to O’Donnell–and none of the admirers of his statement see the incongruity here!–the white, male establishment of the 1920s and 1960s, respectively, gave out these gifts to dependent people the way that government “gives” rights today. Thank you, master! 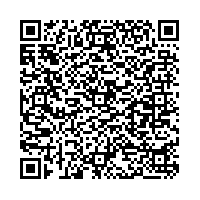