One of the questions posed to PM Netanyahu and his new coalition bride Shaul Mofaz by one of those pesky Israeli TV reporters was: Only a short while ago, Mofaz called Bibi a liar. Now the two of you are headed into a long-term marriage (a year and a half is eternity in Israeli politics). What’s the deal, then, is Bibi still a liar? Is he no longer a liar?

Surprisingly, both men were totally ready for the taunt, and both pulled out their obviously rehearsed answers which, I believe were, more or less: “Blah blah before, then blah yada yada and then, you know, like that.”

But the question is still a question. It reminded me of the story about the lion who sent the fox to find his daughter a husband. The fox went to the bear and couldn’t find a shidduch there. he went to the wolf – no shidduch. So he stood in the middle of the road, seriously worried, what is he going to tell the lion?

A dog passed by and saw the fox looking so worried, so he asked what’s his problem.

The fox told him everything and the dog said: “Whay didn’t you come to me? I have a lovely boy, at just the right age, ready to go.

The fox wagged his tail nervously and answered, “Listen, the father of the bride is our master, the Rebbe Reb Aryeh Leib Lion, I was looking to get him the son of Reb Dov Bear, or Reb Ze’ev Wolf. But it looks to me that you—please don’t be offended—you look like dog…”

So the dog wagged his own tail and said, “And you’re supposed to be the smartest of all the beasts? I say you haven’t been keeping up with social progress. It used to be, the Rebbe was the most important person. Now any politician can rise up and become important. And it so happens that a politician can often be a dog…”

JoeSettler and Jameel combine their analytic resources to divine who got what out of the new Israeli coalition government of 94 (Ninety Four) MKs and who knows, 45 ministers and deputies? Such a small country, so many chauffeured limousines…

Winners and Losers: Israel’s Historic Unity Government Avigdor Lieberman: Loser. Lieberman will keep his job, avoid elections, and get the opportunity to try to pass more laws he wants. But on the downside, the investigation(s) against him will now continue, and his influence has been severely diminished. We’ll see if he can make a comeback out of this.

Moshe Feiglin: Loser (Netanyahu election shenanigans aside) Moshe would have done well in elections. It remains to be seen if Likud MKs will still have as much influence in the unity government, because right now his influence is through them. On the other hand, there’s a slight chance he may be entering the Knesset as a new MK to replace someone else who might be leaving. In which case, he will become a winner. JoeSettler and Jameel, The Muqata

Jacob Gluck (Planned Citi Field Anti-Internet Conference Fraught with Internecine Rivalry) mentions a fact I had not been aware of:

The campaign is a costly one – $850,000 just to rent the Citi Field stadium. Tacking on the cost of promotion and logistics it is estimated to cost nearly 2 million dollars. The principal donor on behalf of the Hasidic sector can be found in Mr. Hershel Schreiber, the owner of the famous photographic retailer in Manhattan, B&H.

This is grand! A fortune that was made almost exclusively because and through the Internet, is now being spent to try and curb the evil influence of the Internet. Boggles the mind.

Gluck thinks it makes no difference what the subject matter is, you just can’t get Haredi Jews to agree on anything:

By now, however, some serious structural problems with this whole campaign are emerging, chief among which is the virtual impossibility of uniting a substantial portion of the deeply fractious haredi sector under a single banner. No matter how hard the organizers tried and continue to try to steer clear of petty rivalry among the hundreds of different subsects that comprise Ultra-orthodoxy, by satisfying some groups others will automatically feel snubbed and thus boycott the conference. Jacob Gluck, HasidicNews.com

Harry Maryles writes that he feels “compelled to point out an article in Hamodia that demonstrates quite clearly a major difference between Haredim and other Orthodox Jews. The subject is the internet. And it is Rav Matisyahu Salomon who seems to be leading the charge. Below is a composite of Rav Salomon’s point vs. Harry’s. Go read the who;e thing, it’s as good as usual. 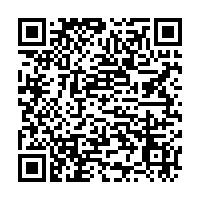