Israel’s government factions will vote on a law that postpones the date at which a budget must be presented by 100 days, buying the Israel’s dysfunctional coalition government some time and possibly averting or at least delaying a fourth round of elections.

For now, the government has until August 25 to present a budget, or the government will automatically dissolve and new election would be held in November.


From its inception a few months ago, the unity government has been squabbling about almost every issue, and the current issue at hand is if a one-year or two-year budget should be passed.

Gantz wants the longer budget as it reduces Netanyahu’s ability to break their rotation agreement and head to new elections.

Netanyahu wants the shorter period due to the economic instability the Coronavirus crisis has created and inability to predict what will be in a year from now. Netanyahu is also probably concerned that Gantz will try to have him removed as prime minister once Netanyahu needs to start making court appearances three times a week.

The two-man Derech Eretz faction on Sunday evening presented a bill to postpone the presentation of the state budget by 100 days.

Both the Likud and Blue and White factions have said they will support the bill.

Derech Eretz said that the Netanyahu agreed to promote the law in a speedy process, and that “this step will allow the Likud and Blue and White the time, while advancing the law, to reach a comprehensive resolution of all disputes between them to ensure the smooth functioning of the government and prevent elections.”

The bill will be presented for a preliminary reading at the Knesset’s plenum on Wednesday.

“Elections at this time are a fatal blow to the national interest and the Israeli public. Every effort is being made to prevent the madness of going to the fourth election,” stated Minister Yoaz Hendel, of the Derech Eretz faction.

Blue and White congratulated the Likud for “its commitment to maintaining political and public stability in Israel. Blue and White will do everything in its power to prevent terrible elections from the citizens of Israel in the midst of one of the most serious crises in the country’s history.”

“The citizens of the State of Israel deserve certainty and stability at this time,” the party added.

Most political pundits say that Israel is again headed toward the fourth round of elections in a bit over a year’s time.

Elections during the Coronavirus crisis could prove to be an extremely challenging undertaking and may take as much as three days.

Polls show that Netanyahu’s Likud is in the lead with about 30 seats while Blue and white has lost most of its power and has about 10 seats. Naftali Bennett’s Yamina party has been steadily rising in the polls, showing between 15 to 19 seats. Most polls show a clear majority for the right, but other, recent polls have begun showing a stalemate again.

Netanyahu may still try to avert another contentious round of elections by establishing a government with a more homogeneous group of 61 members, though he seems to not been able to find any defectors yet. The Derech Eretz party has made it clear they will only support a wide coalition government, no matter how paralyzed that has proven to be.

The Jewish Press News Desk contributed to this report. 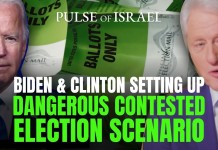 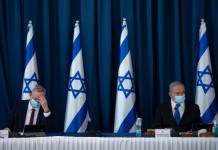 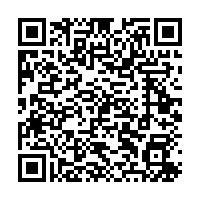