1. “[Australia’s] $30BN Woodside Petroleum is looking at taking an interest in the giant Leviathan gas field off the coast of Israel…. The Leviathan field, discovered in 2010, has an estimated 17 trillion cubic feet (TCF) of gas, making the biggest deep water gas discovery of the past ten years. 50-75% of the gas is slated for export….  Woodside Petroleum Ltd. bids for 30% of the rights to the Leviathan licenses. It is 50% higher than their market value. Woodside is one of the finalists in the licensees’ choice for a strategic partner.

“Woodside’s bid reflects a value of $7.5 billion, compared with analysts’ estimates of $4.7-5.5 billion for the gas field…. ‘Petroleum Intelligence Weekly’ reported that [Russia’s] Gazprom, Woodside and apparently South Korea’s Korea Gas Corporation (Kogas), are finalists in the Leviathan process…. [The Houston-based] Noble Energy [which controls 39.66% of Leviathan] prefers a Western partner for Leviathan.

“Woodside would fit the bill for Noble Energy: it is a veteran company with deep water expertise as well as building liquefied natural gas facilities for gas exports from its fields off Australia’s northwest coast. This area is considered the most developed in the world, attracting hundreds of billions of dollars in investment in onshore and floating LNG facilities” (Globes Business Daily, October 22, 2012).

2. Steve Ballmer, Microsoft’s CEO 4th visit to Israel: “I’ve arrived to Israel, the high-tech country…. The integration between Microsoft and Israel is natural, because Israel’s high-tech industries are among the global leaders…. I’m energized and inspired by Israel’s innovative capabilities, which have made Israel an important arena for Microsoft….” (Globes, November 2).

3. Intel Corp. CEO Paul Otellini is in Israel: “We are perhaps the largest private employer in Israel (about 8,000 employees in the company’s development and production centers), and most of those employees have technological know-how. Some of our most sophisticated engineering efforts are carried out in Israel…. We have been in Israel for 40 years and we have done many things. We’re here for the long term and we will decide next year regarding our next factory.”

Otellini visits Israel in order to launch the company’s $5 million investment in Israeli high schools over the next four years, in partnership with the Ministry of Education. The project’s aim is to double the number of high school students completing their science and technology matriculation certificate (Globes, November 2).

4. According to the $56BN Swiss bank, UBS – which is currently expanding its Israel wealth management operations – Israel is among the top five promising economies with the highest growth potential.

5. “The UK law firm Berwin, Leighton Paisner (BLP) LLP, Britain’s fifth largest, with 1,000 attorneys worldwide, is expanding to Israel, opening an office in Tel Aviv as part of the expansion of its international operations. The firm’s customers include 59 companies on the Global Fortune 500 list. Its decision is a vote of confidence in Israeli economic growth…. ‘We’re here because the Israeli business world is heading in directions which we see as markets of the future, like China and the Far East…. BLP sees the steady business growth of Israeli companies’ activity in international markets….(Globes, Oct. 30).’” 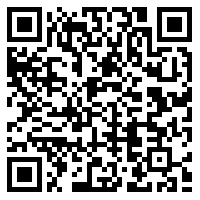