NRG/Maariv reported today that the Mufti of Jerusalem has issued a new religious edict for Muslims on Monday: Any Muslim who goes to the Temple Mount to pray at the Mosques, and enters via the Zionist metal detectors, their prayers will be “invalid” and not be received by Allah.

The Zionist metal detectors were installed as a security measure after last Friday’s fatal terrorist attack when 3 Arab terrorists shot and killed 2 Israeli policeman at the Holy site, using weapons they smuggled in and stored at the Mosques on the Temple Mount.


Muslim Arab leaders have called upon their faithful to boycott prayers at the site as a show of displeasure towards the additional security and safety measures implemented by Israel.

Since the Muslim Temple Mount boycott, no violence has been reported at the Holy Site. 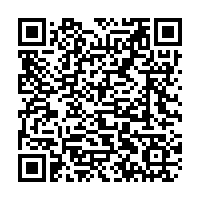