There’s no doubt, that so many bureaucratic activities go much smoother in Israel than they do in America, because we have ID numbers and our cards are inter-linked to everything. Of course, sometimes that doubles the frustration when obvious things need to be manually duplicated over and over for no reason.


On the other hand, that centralization provides no flexibility or a safety net. Having problems with one government office can easily spill over to an unrelated one, since you’re linked together everywhere on record.

Then there is the basic issue of personal privacy and civil liberties.

And now, the Israeli government is attempting to implement two extreme decisions that threaten civil liberties more than ever.

They’re testing a biometric ID system. God forbid that should ever become mandatory.

Right now, even though your personal bio-data is out there with different organizations, there is still some semblance of privacy and protection because of the separation that naturally exists between your health fund, the army, the government, and so on.

But once that goes away, there goes your privacy. You will have no control over your personal information at all, and you’re reliant on the government, which as we know, is not the most effective of protectors of personal data.

The other move is even scarier.

The Israeli government is actually considering trying to find a way to abolish cash.

There was a unanimous cabinet decision to explore how to do that (Hey Naftali Bennett, I didn’t vote for you to lose my civil liberties – remember that come election time).

They want to get rid of cash, and give everyone rechargeable “cash cards” that will allow the government to track every single transaction you do. EVERY. SINGLE. TRANSACTION.

I can’t even begin to describe the civil liberties and privacy violations that implementing this system will create.

And if they actually believe this will get rid of cash, or the black market, they’re even stupider than I thought.

Bitcoin, gold, barter… you name it. Smart (and dumb) people will find their way around it. Not to do illegal transactions, mind you, but simply to protect their privacy away from the government’s snooping eyes.

And then we’ll all be criminals, because of a dangerous legislation which is an intrusive attempt to suck more tax money out of us and spy on us, and not just spy directly, but with data mining too, to study our purchase and transaction behavior, and find every last penny they can suck out of us and understand what we do with it.

I guarantee one thing. If this legislation passes, if the party I voted for, and the ones I didn’t, don’t stop this in its tracks, I will do everything (legal) to make sure those people do not get elected again, and be replaced with people who do care and understand the importance of civil liberties and fear the tyranny of government. 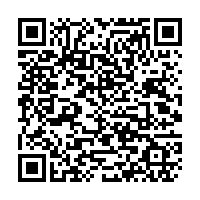