The installation of concrete barriers by every train platform yesterday should be a kick in the pants for the Prime Minister, the Security Minister, and just about every other elected official we have.

Iron Dome, that technical miracle, was a failure.


It was a failure because we needed to use it.

It meant that Israel no longer maintained a sufficiently high level of deterrence with out enemies, and as such, they decided they could shoot freely at us, and even as of this week, continue to do so.

It was a failure because as a result of having it, we no longer felt the need to fight to win.

It was a failure because as a result of having it, the world blamed us when we defended ourselves, because,in their eyes, not enough Jews were killed to justify our response.

Now we have “Concrete Box”, a concrete barrier to prevent Arabs from running over Jews at Jerusalem train platforms, because the Arabs in Jerusalem no longer feel deterred from committing terror attacks. Their sick society praises their terrorists, glorifies them, encourages them, and Israel… Israel puts up concrete barriers.

Israel has the means to end this anarchy.

And I don’t mean by shooting down all the Arabs, as some of you are thinking, and perhaps even wishing.

I’m talking about massive numbers of Yassam police troops walking through the streets of Jerusalem, including Shuafat, Beit Hanina, Assawiya, A-Tor, and everywhere else the Arabs have brought their anarchy into, and using overwhelming force to quell these rioters when they dare raise their head.

Israel knows who many of the Hamas members are in Jerusalem. Send them and their families to their friends in Gaza.

And the Temple Mount must be absolutely closed. Not for some people. Not for everyone under 50. Not for for everyone, except Waqf officials.

Closed. Period. Everyone. No human beings allowed. No Waqf officials. No one.

If Jews can’t go and pray on our holiest site, then certainly no Arab terrorist should be allowed up there to desecrate it under the Waqf’s watchful eyes.

Israel has the legal means to restore deterrence and calm in Jerusalem.

Does the government have the will? 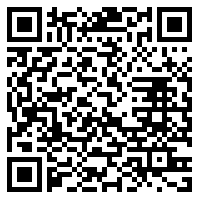