CORRECTION: We initially reported this as two separate attacks. There was only one incident. There was some confusion as to the exact location from the different reports we received.

An Arab attacked a guard on the Jerusalem Light rail on Thursday morning, according to an 0404 News report.


The incident took place near Sha’ar Shechem (Damascus Gate) when an Arab tried to attack a Jerusalem Light Rail guard near the Old City.

Within seconds, the well-trained Jerusalem Light Rail guards had the man on the floor and handcuffed.

A Border Police patrol in the area then arrested the man.

The man who was arrested is reportedly supposed to be under house arrest for a separate security incident. 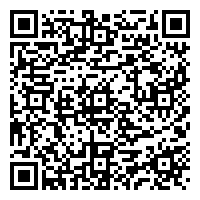