At the Muqata, we have been struggling to find the strongest words possible to condemn what is clearly nothing less than a terror attack in the village of Duma, which left an Arab baby dead and the family with severe burn injuries.

Price Tag attacks were supposedly initiated to both scare the Arabs from the nearby villages to stop attacking and murdering Jews, as well as to scare the army/police/government into not harassing settlers, otherwise they’d rile up the Arabs so much, the IDF would find their hands full.

Already years ago, it was clear that neither strategy worked.

It also opened up the door for a series of provenly false accusations of vandalism and arson attacks to be blamed on Jews.

So despite the attacks not doing anything — except blackening the name of all Jews, the price tag vandalism continued.

There have been a series of attacks by Jewish extremists lately. The attack on the gay parade yesterday, the arson at the church on the Kinneret, and now this.

“Thou shall not murder” is one of the ten commandments. Have they forgotten that, or not learned it in the first place?

Yes they’re angry at the ongoing Arab terrorism, everyone is, but what does murdering a baby have to do with protecting Jewish lives or furthering Jewish settlement in the Land of Israel? 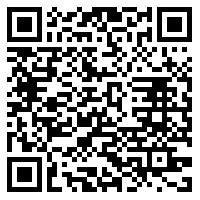