Once again the Haaretz newspaper is on the warpath, targeting its bitter Zionist enemy, the State of Israel.

Note the following headlines from the past 24 hours:


“Hamas fires four rockets from Gaza into Israel, in rare move”  [Since when is it rare for Hamas to fire rockets at Israel or try to kill Jews? Just 3 days earlier, the Hamas orchastrated a rocket attack on Eilat]

“IDF deploys tanks near Egypt border, in violation of peace treaty” [Ooops, Haaretz forgot to mention in the headline this was to quash a halt a real-time terror attack originating from the Egyptian held Sinai deset, in which an Israeli was killed.]

“Israel agrees to release hunger-striking Palestinian soccer player” [Why bother mentioning in the headline that he’s affiliated with terrorist organizations?]

Yet do we see Haaretz mention anything about Israeli MK Ahmed Tibi’s refusing to allow a space museum in the Israeli Arab of town — to be named for Israel’s first astronaut, Ilan Ramon?  Not a word.

Ramon was killed along with six other crew members of the Space Shuttle Columbia when it disintegrated upon re-entry on February 1, 2003.

MK Tibi explained his request by saying that during his service as a fighter pilot in the Israel Air Force Ramon took part in “bombings of civilian populations during the first Lebanon war and in attacks in other Arab countries.” (ynet)

Unless you consider yourself an anti-Zionist, its best to avoid reading Haaretz. 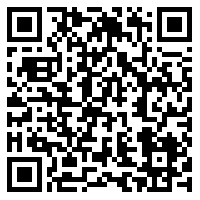