Several of the panelists focused on the tremendous potential offered by technology, including social media, the rapid growth of smartphones and mobile devices and the widening of Internet access in the developing world.

“The smartphone revolution will be universal,” said Schmidt, emphasizing the need to increase Internet access in the developing world. “There are only one billion people with smartphones and two billion with access to the Internet. The World Wide Web has yet to live up to its name. Technology does not produce miracles, but connectivity, even in modest amounts, changes lives.”

Dr. Ruth spoke of her personal motivations and the lessons she would impart to the next generation.

“Young people need to get out there, stop complaining and do something productive,” said the 84-year old Dr. Ruth. “I survived the Holocaust, whereas 1.5 million children didn’t. I knew I needed to commit myself to Tikkun Olam (fixing the world).”

A Tale of Two Women – Shavuot 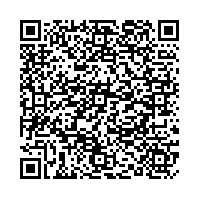