A press release issued by the residents of Ulpana Hill in Beit El reveals that over the past ten days representatives of Prime Minister Netanyahu and Defense Minister Barak negotiated with Rabbi Zalman Melamed, dean of the Beit El yeshiva which owns the Ulpana homes, as well as with community leaders including head of the Beit El municipality Moshe Rosenboim. The negotiations yielded a guaranteed deal to build 300 housing units in exchange for the ones being evacuated following a High Court decision.

Ulpana residents’ spokesman Harel Cohen told the Jewish Press emotions ran deep among the locals, who still see the entire affair as the manipulation of Israel’s government by a minute and well financed leftist cadre, against the wishes of Israel’s voters and their representatives.


Cohen said that he and his neighbors were comforted by the fact that as the negotiations were going on, several dozen babies were born to Jewish families in Judea and Samaria, who will soon enough shift the demographic balance once and for all and bolster Jewish rule over the Jewish homeland.

Rabbi Melamed mourned the unavoidable decision, saying it was like a father being told he had to give up a son and in return would receive ten others.

“But we are men of peace,” the press release concluded. “Struggles between brothers tear up the entire public, and especially our own public, and depletes creative powers which will better serve in rebuilding the nation and the land.”

Altogether, 33 families will be evacuated.

Israel’s Army  Radio reported that Prime Minister Benjamin Netanyahu will bring the deal before to the new ministerial committee on the settlements on Wednesday. 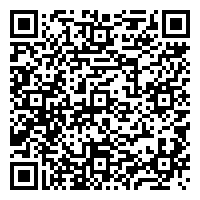