Has it ever snowed in Israel in the summer?

Two people have reported snow in the month of Sivan (late May-early June), though in both cases, it was hearsay.

The first is Rabbi Moshe Basula (Moses ben Mordecai Bassola), who visited the ancient synagogues in Bar’am in the early 1500s and wrote as follows (translation mine):

On the lintel of the smaller entrance it is inscribed in Hebrew “May G-d give peace to this place and to all the places of Israel.” And I was told that on another stone which had fallen down was written “Don’t be surprised about snow in the month of Nissan, we’ve seen it in Sivan.”

The Hebrew inscription is unusual, as most inscriptions in Byzantine synagogues are in Aramaic. The synagogue was researched in the late 19th century, but by 1907 there was nothing left of its stones. The local Arab villagers had destroyed it completely and ransacked it for building materials. The “snow” inscription was never found. The lintel inscription is on display in the Louvre.

The second to report snow in the summer was Joseph (Yehoseph) Schwarz, the father of Jewish research of the land of Israel. In his book “Tevu’ot ha-Areẓ” (The Bounty of the Land, published in English as well), he says as follows (translation mine):

In 1844 it snowed a bit on the night and morning of April 11 (22 of Nissan) [… Schwarz then goes on to bring various examples of snowy years…]. In 1754 there was a lot of snow and it was very cold, and so 25 people died in the Galilee in Nazareth of the cold, and I heard from an old man that the snow continued that year until the month of Sivan [late May], and there was barely a minyan that year on Shavuot in the synagogue here in Jerusalem, because that night it snowed so much that barely anybody could go out for morning prayers. 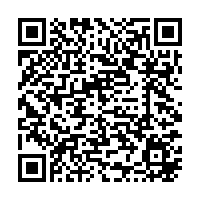