An official Israeli government report declared Sunday that Mohammed al-Dura, the 12-year-old boy whose picture convinced the entire world that the IDF had killed him, not only did not die but also may never have been shot.

Now, 13 years after the supposed killing that incited the senseless murders of Israelis as well as Jews throughout the world, the Israel government report categorically concluded that the France 2 report was much more of a hoax than thought several years ago.

For a close look at the footage, click here.

“Contrary to the claim that the boy was dead, the committee’s review of the raw footage indicates that at the end of the video – the part that was not broadcast – the boy appears to be alive,” according to the report by the Ministry of International Affairs and Strategy.

“The probe has found that there is no evidence to support the claims that the father, Jamal, or the boy Mohammed, were shot. Furthermore, the video does not show Jamal being seriously wounded. On the other hand, many signs indicate that the two were never hit by the bullets.”

The panel was comprised of officials from the Defense and Foreign ministries, experts from outside the government and the police, and it was headed by Yossi Kuperwasser, former director general of Israel’s Ministry of Strategic Affairs.

The revelation puts another nail in the coffin of the “Al Dura news report” that was challenged by a French Jew, Philippe Karsenty, who charged that France 2 journalist Charles Enderlin created a media lie by broadcasting edited footage that alleged that the IDF killed the boy.

An emotionally wrenching photo that was seen around the world shows Mohammed supposedly crying out as he and his father took cover during a gun battle between the IDF and Palestinian Authority terrorists at the beginning of what has been termed the Second Intifada, also known as the Oslo War, in 2000.

The alleged shooting of Mohammed Al Dura was filmed by Talal Abu Rahma, a Palestinian Authority photographer who free-lanced for France 2. The film lasts for 55 seconds and shows the boy screaming before the sound of gunfire, followed by a scene of the boy apparently dead over his father’s legs.

Enderlin told viewers the boy was killed and had been the “target of fire from the Israeli positions.” The gunfight occurred on the second day of the Oslo War and spread venom throughout the Arab world, inciting terrorist against Israel.

To make matters worse, the IDF apologized within 24 hours even though the military had not verified the alleged shooting.

The timing of Sunday’s government report is astounding because a French court is to rule later this week on a libel suit filed by Enderlin against Karsenty, who previously was backed by a lower French court, which stated that Karsenty presented a “coherent mass of evidence” and that the Palestinian Authority cameraman for France 2 was not “perfectly credible.”

Karsenty’s investigation revealed that France 2 had edited the film and it was not clear whether the boy died from Israeli or Palestinian Authority fire. At the same time, media watchdogs began documenting “Pallywood” productions that the Palestinian Authority staged for journalists, who gobbled up faked scenes of supposedly wounded Arab victims of IDF gunfire who magically were later seen walking around freely after having been shoved into ambulances.

From a further perspective, the Israeli report punctures another Big Lie that has haunted Israel ever since the Six-Day War in 1967 way.

A small sample of other lies includes:

—   Israel  occupied Judea and Samaria, most of which were in fact taken over by Jordan without any international authorization;

—   Children of Arabs who were chased out of Israel or who fled Israel are ”refugees,” a second generation status that the United Nations does not grant to anyone in the world except Arabs who claim Israel as their home;

—  Israel aggressively attacked Lebanese “guerillas” who pulverized northern residents before the “Peace for the Galilee campaign, now known as the First Lebanese War, in which Israel established a security zone in southern Lebanon to defend the north;

—  Israel committee war crimes for years, especially during the Operation Cast Lead counterterrorist campaign in the winter of 2008-2009. The United Nations Goldstone report claimed Israel for dozens of war crimes but the report’s author, Judge Richard Goldstone, later admitted that had he known then what he knows now, he would have reached different conclusions;

–Israel built an “Apartheid’ Wall that creates a separation between Jews and Arabs. In fact, most of the “wall” that runs for more than 200 miles is a fence, which has helped reduce the number of suicide terrorist attacks against to near zero. The fence also does not “keep out” Arabs because Israel operates checkpoints at numerous gates to make sure that Arabs who are not terrorists can travel freely into the rest of Israel; and

—  Israel “degrades” Palestinian Authority Arabs at checkpoints, even though it uses the same search methods that the United States and other Western countries use at airports and borders.

Prime Minister Binyamin Netanyahu said after the new report was released that the France 2 film in 2000 “was an example of the deceitful delegitimization that we are constantly subject to. There is only one way to battle lies – by telling the truth.”

The supposed killing of the boy has been cited as the catalyst for the grizzly and barbaric lynching IDF reservists the following month in Ramallah, where they had arrived by mistake. The “Al Dura incident” also was said to have incited the murder of Wall Street Journal reporter Daniel Pearl as well as Osama bin Laden.

The question remains whether Mohammed al Dura was ever wounded, or if he even was a real person.

There is a less of a question concerning the credibility of international coverage of Israel.

Day by day, reports covering the “peace process” and the “Palestinian struggle” show fatigue in continuing to report Arab claims that have become so ludicrous that they simply are ignored.

Without media support, and without media incitement, the Palestinian Authority is increasingly being left with an audience of one hand clapping.

One other question arises: Can France 2 can be accused of inciting war crimes against Israel? 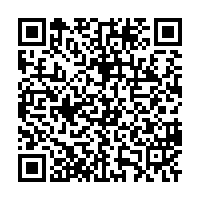