There’s no shortage of hypocrisy coming out of Amazon right now.

The book, “A History of the Palestinian People: From Ancient Times to the Modern Era,” by Assaf A. Voll, that quite accurately described the ancient history of the “Palestinian” people with 132 blank pages, has been removed from Amazon.

It reached a remarkable ranking of 341 in the All Books category, a ranking of 49 in History, and was #1 in Middle East History.

Hundreds of copies were sold over the past few days, and it had hundreds of positive comments. Readers knew exactly what they were buying.

Read how JewishPress.com helped kick-start the sale of the book here.

On Amazon’s “CreateSpace” it says “the title has been retired and is no longer for sale.”

In the meantime, Amazon continues to sell T-Shirts that erase the Jewish State and replace it with “Palestine”. Now that’s a call for genocide.

You can also buy the anti-Semitic classic “The Protocols of the Learned Elders of Zion” on Amazon.

In fact, let’s read the description given for that book on Amazon:

“When the Protocols of the Learned Elders of Zion were first discovered, Freemasons and Zionist Jews everywhere screamed and complained that these 24 Protocols are a hoax, a forgery, even a blood taint against the Jews…”

Explaining why they still sell the “Protocols”, Amazon explains on that page:

Amazon strongly believes that providing open access to written speech, no matter how hateful or ugly, is one of the most important things we do. And because we think the best remedy for offensive speech is more speech, we also make available to readers the ability to make their own voices heard and express their views about this and all our titles in reviews and ratings.

Does anyone still believe that statement by Amazon?

What do you think should be done about this?

(Readers: If you ordered the book, and received an unusual message from Amazon about your order, leave a comment below.)

P.S. For readers who suggested the book was removed because it is mostly blank, be aware that this blank book is still for sale on Amazon. 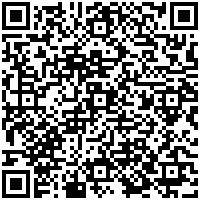