The Israeli government is implementing new security measures at the Damascus Gate entrance to the Old City of Jerusalem.


The measures are being taken to ensure the safety of Border Guard Police who guard the area.

Elevated guard posts are being installed so the public will no longer have direct access to the police officers.

Entry through the Gate itself will only be available through new, clear passages that are to be established as well.

The officers will be equipped with special devices to help increase their technical ability to scan the area.

These moves come in the wake of last Friday’s deadly terrorist attack which claimed the life of 23-year-old Border Guard Policewoman Hadas Malka, z’l, who was stabbed to death by a Palestinian Authority terrorist just a few moments before the start of the Sabbath as she stood guard at the Damascus Gate entrance to the Old City.

Prime Minister Benjamin Netanyahu and his wife Sara paid a condolence call to the home of the late Staff Sergeant-Major z’l, on Sunday night (June 18) after she was laid to rest at the military cemetery in Ashdod.

Israel Police have arrested two people in connection with the attack, Israel Police announced Wednesday. One of the detainees is the mother of one of the terrorists. 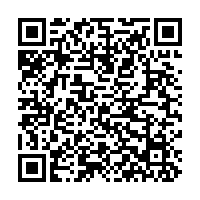